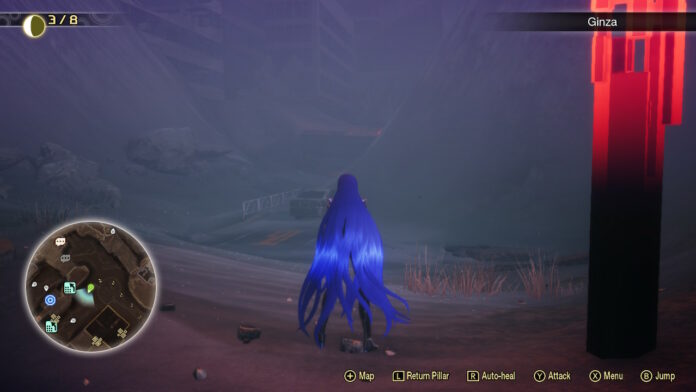 Money always makes the world go around, even if such a world has been destroyed, or close by. The same is true in Shin Megami Tensei V, as Macca is extremely important to have to purchase all sorts of items, heal your party and summon demons in the World of Shadow.

Here’s how to farm Macca as efficiently as possible in Shin Megami Tensei V.

How to Farm Macca in Shin Megami Tensei V

Farming Macca in Shin Megami Tensei V often requires you to go out of your way to do so efficiently, as fighting the demons roaming around the world will not net you huge amounts of it, outside of some specific situations.

The fastest way to farm Macca in the game is by obtaining Relics from Vending Machines and selling them to Gustave in the Cadaver’s Hollow. Relics come in different types, and the rarest they are, the more Macca they are worth. Vending Machines from areas available late during the game will yield more valuable Relics, so focus on exploring these areas thoroughly if you’re strapped for cash. Vending Machines, which will be marked on your map once you interact with them at least once, will yield additional items as time passes, so you can farm them pretty easily if you have enough patience.

While exploring the world of Da’at in search of Vending Machines, you will also find plenty of items inside Treasure Chests. Some of these items are pretty valuable, so you can sell them if you need Macca, although we do not recommend doing so, as you may need to use these items in boss battles. Digging spots discovered by Quest Navigators will also yield some valuable items, but you risk getting ambushed by enemies, so make sure you are fully healed before checking out these spots.

Another excellent Macca farming strategy is taking down Saki Mitama demons, although this isn’t a particularly reliable strategy if you haven’t bought the Mitama Dance of Wealth DLC, since these enemies spawn randomly, and the DLC allows you to increase their spawn rate. To defeat these demons, make sure to bring a party that can cover all weaknesses, and use a Spyglass to check out which skills you should use: Mitama demons escape from battle after one or two turns, so hitting them with an attack they can null will let them escape with ease.

With Macca being required to summon demons and purchase items, you will often find yourself in dire need of it. Follow these strategies and you will be swimming in Macca, ready to purchase everything you need to see the story to its conclusion!