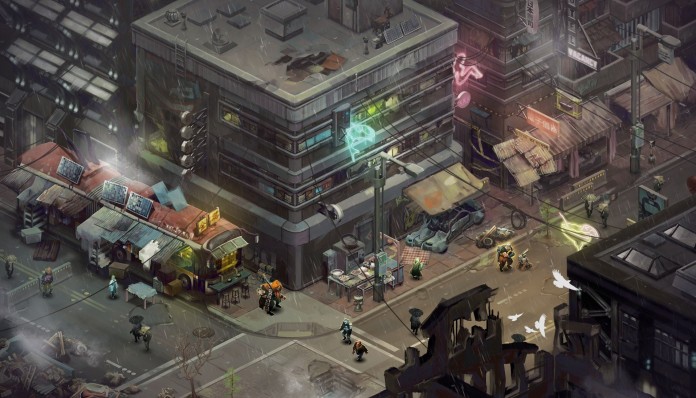 If you have been following the gaming world for a long time, you surely know the Shadowrun franchise. The series has evolved quite a bit over the course of the years, starting as a table top role playing game and ending in the video game world with a couple of titles released during the years.

Shadowrun Returns marks the return of the franchise to the role playing game genre, with a compelling game that it’s more than worth its price.

Before the story can begin, you’ll be asked to create your own character. The complexity of the character creation system is almost mesmerizing, allowing you to customize pretty much anything about your character. Once you’ve decided on a race and suitable appearance, you’ll be able to customize the character’s stats by either choosing a pre-existent playable class or by allocating karma points in the stats of your choosing.

Your custom created main character may look beautiful and noble but he or she is still going to begin as a simple gun for hire, always looking for the next paying job to make a living. The chance to make it really big comes with a bit of personal sadness when you get visited by the ghost of your partner who asks you to investigate his murder. The story is incredibly engaging and you’ll find yourself sucked in the game’s atmosphere so much that the 12 hours required to complete it will truly fly.

Aside from story progression, the real meat of the game is the combat system. Shadowrun Returns’ turn based combat system offers players a lot of different options in battle like covering behing objects to defend from enemy fire, attack with your equipped weapon and use some special abilities. After defeating your enemies, you’ll receive money and karma points, which can be used to buy and upgrade equipment pieces and customize stats and learn skills. There are really a lot of ways to customize your character: how you build your character will ultimately influence the way you must approach the game. This also adds quite a bit of replay value, considering that the game can be completed with any type of character if the player knows what to do.

The game’s controls are quite solid, intuitive and easy to use. The original interface of the PC version has been adapted for touch screen use quite well. You’ll hardly have to learn and get used to the controls since they feel absolutely natural.

While graphics are really great looking and help making you feel part of the world, the same cannot be said for the music. Actually, what I should say is that there’s hardly any music at all! I can understand the reasoning behind this decision but at the same time a few more tracks wouldn’t have hurt. Voice acting is also absent, save from the occasional grunts, but this isn’t much of a problem as much as the lack of music.

Shadowrun Returns is an excellent role playing game and a worthy addition to the ever growing iOS gaming library. The game might not be suited to a mobile experience too much, lacking a quicksave function, but if you’re willing to spend a few hours for sitting playing this game, this won’t trouble you too much. The game’s price may seem too high in a world of free to play games but, believe me, this game deserves every penny. This is a rock solid role playing game that no fan of the genre should pass on.