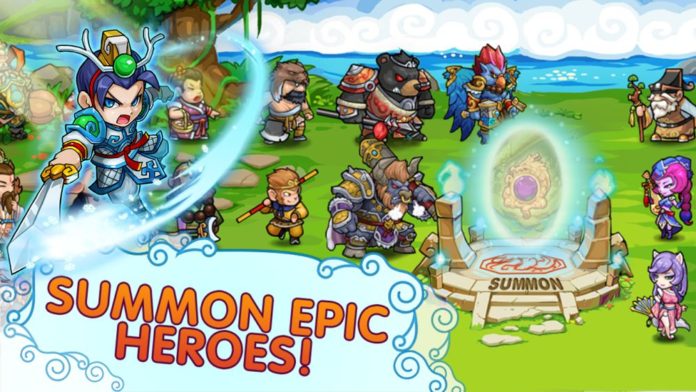 Secret Kingdom Defenders starts off nicely. You’re a young monk on a long journey, but along the way you’re going to need some close friends to overcome the problems you find along the way.

Think Wizard of Oz, but set in Ancient China, and presented in a cute cartoon style, and you’ve got it (well, kind of).

This is the latest release from Doppler Hat Games, and it revolves around rescuing a princess. You use your team members and work together to get through the situations you encounter, with some excellent cut-scenes along the way. 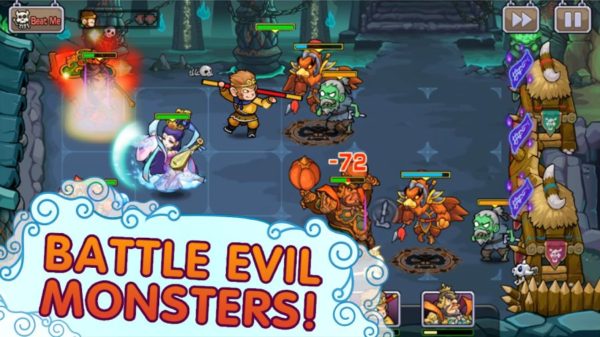 The game takes a fairly conventional approach to real-time battling. Depending on each unique situation, you choose the most suitable friends to help you, and you place them in the optimal position to defeat whatever you’re up against.

In a twist, however, you have to not only beat all of the enemy characters but also ensure that none of them gets to the left side of the screen. You must constantly juggle attack and defence. 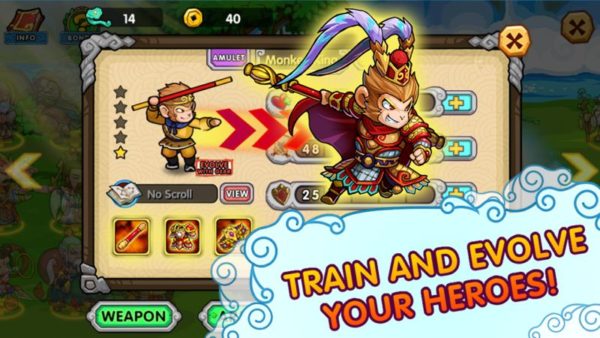 As the old proverb goes, “Choose your battling partners in Secret Kingdom Defenders wisely.” Each one has a different set of skills, ranging from healing, short/long range attack, attack speed, and so on.

At the outset your gang isn’t fairly underpowered, but over time you spend the Jade you earn on upgrading characters and obtaining new equipment, as well as bringing in new partners to help you in battle.

Secret Kingdom Defenders plays out in real-time, meaning it’s quite fast paced and demanding. Concentration and team selection are key to winning each battle.

There are some similarities with other games on mobile, such as Hero Academy, but the in-game visuals and cut-scenes help this one to stand out.

Not all is good in the kingdom

As ever, this is a pay-to-win title, and you’ll struggle to get very far through the game without forking out. While you do hit a paywall a couple of hours into the game, you can get through it by grinding, which I didn’t find overly excessive. If you like the game and you want to progress, the IAPs offer decent value and will help a lot.

I discovered that without getting any new characters (and their unique skills) I was unable to get past certain parts of the game, and I ended up re-playing certain levels multiple times in order to get the Jade I needed to progress. An IAP would have solved the problem, but I didn’t want to resort to it straight away. 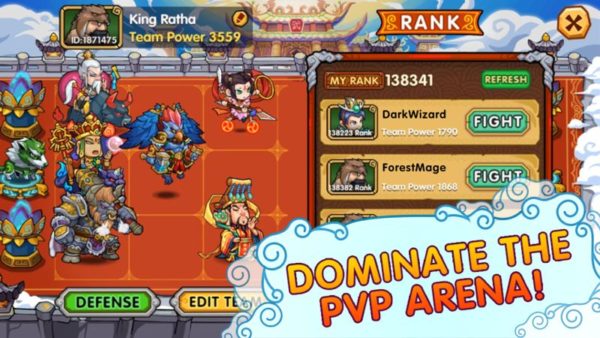 Overall, I enjoyed the game because I personally like this real-time battle gameplay style. It’s not for everyone, but if you’re a fan of the genre then I think it’s up there as one of the best of its type.

The combat system works well, and the new characters keep interest levels high enough to encourage progress. The main downside is that you’ll really struggle without any IAPs, but they’re reasonably priced so it’s hard to gripe too much.

Conclusion: If you like the gameplay style, you’ll love this game. Just make sure you have deep-ish pockets when you get two hours into it!

You can download Secret Kingdom Defenders on the App Store or Google Play.