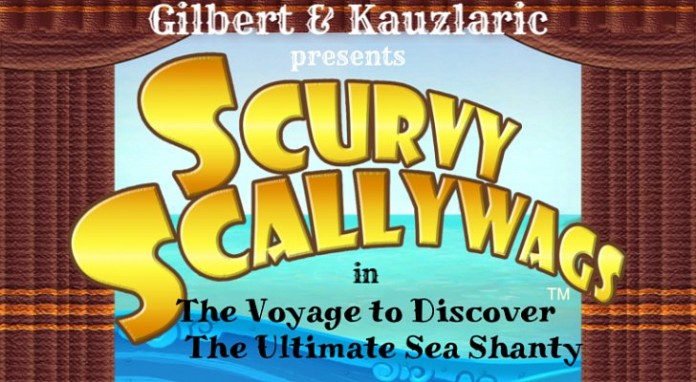 I don’t like match three games: they are girly, they are pointless, they are BORING. But when I heard that Ron Gilbert (of Monkey Island fame) is making a match tree game, I had to give it a try. How on Earth would it be possible to bring humor to jewel matching?

Well, fortunately for me and the millions that will play Scurvy Scallywags – because millions should play it – Ron Gilbert managed to bring humor to the match three genre and also expanded it to new highs with the help of Beep Games.

Unlike your regular match three game, Scurvy Scallywags comes with a really nice story: a pirate story that unfolds like musical, with real sea shanties, real pirates, treasures to be found, islands to be explored and ships to be built. All thrown into the now-better-sounding match three genre. In other words, a mix between the casual match three genre and the more hardcore RPG genre, a mix that brings pleasure in all kinds of forms.

So let’s start with the beginning: the match three levels themselves, because that is where you will spend the vast majority of your game time. Here, you have the regular set of items that can be paired together to get gold and power, as well as other useless and not so useless items, ranging from parrots to quest items. And yes, I did say power and it’s extremely useful if you care about the well being of your pirate, also placed on the match three board to fight against ugly monsters. When a monster and your pirate find themselves in adjacent squares, the fight begins and the one with the more power wins. Basically, beating monsters is your goal: destroy them all from a board and you’re ready to move on. 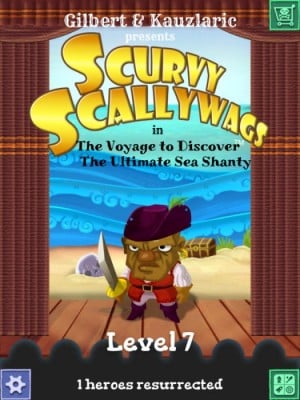 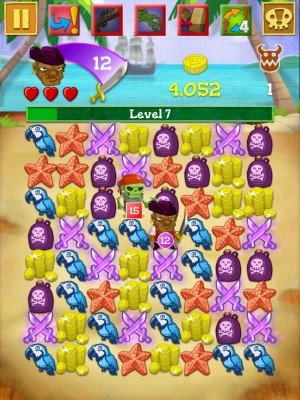 But as I said, there are also a bunch of RPG elements in Scurvy Scallywags. Your character gains experience and levels up, unlocking power-ups and boost – some passive, some rechargeable with coins – which help him in his quest to destroy all monsters. You can also build ships for even more bonuses with bits and pieces collected during your match three game.

So instead of the generally chaotic and mostly pointless gameplay of the match three genre, you have a ton of strategy to bring on the table: you can only get the special items if you’re near them (or in some cases using your unlocked skills), you can only beat monsters when you’re near them, but you shouldn’t get too close too soon because the monsters are stronger and finally you need to get a good chunk of money each time you play because a pirate without treasure is a soon to be dead pirate. 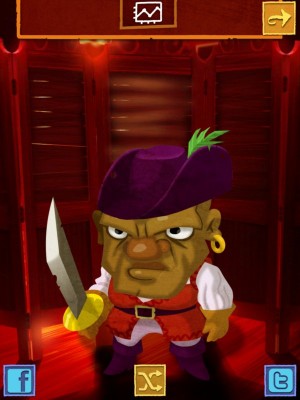 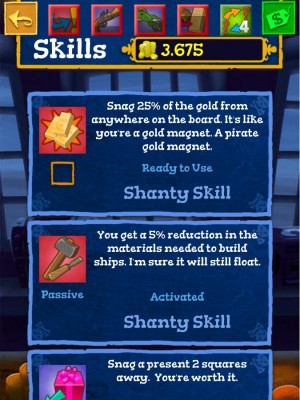 Want even more interesting bits? You can also control the direction of the new tiles on the board after cleaning a set of three of more: if you create the set by swiping left, the new items will come from the left; if you swiped right, the new ones will come from the right and so on. And during the later stages of the game, this will turn into complex strategy, because you will need to keep your pirate on the run, otherwise he will die. Yes, you only have three lives to live and if you lose them, it’s either “restart the game from scratch” but with keeping the skills and items you have collected, or spend a huge sum of money to revive your matey.

There’s not all treasure and rum in Scurvy Scalywags, unfortunately, but the low downs are of a more technical nature: the skills that you can improve for your pirate don’t really seem to matter or make any sense: you can improve you Power, for example, but it’s not very clear what that actually means, because you still have to collect power and be stronger than the monsters to beat them. The same stands for the other skills – but if you don’t pay too much attention to that (and keep investing in dodge hoping that you will eventually manage to actually successfully use it), you’re all set for an amazing game! 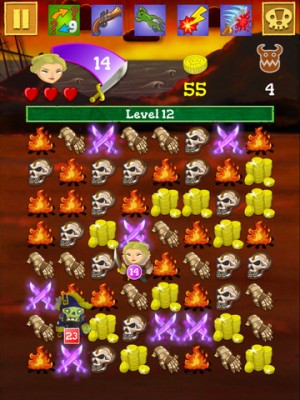 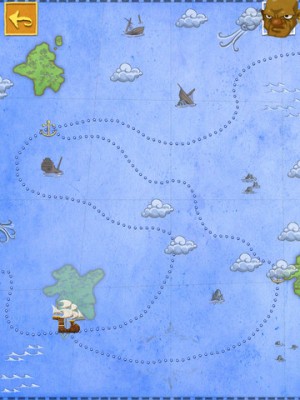 In conclusion, Scurvy Scallywags is that type of a game that makes you fully reconsider your words and can help you fall in love with a genre that didn’t tell you much in the beginning. This game made me love match three games (or, to be honest, made me love it and nothing else): it’s manly, it has character, it has the high quality humor thanks to Gilbert’s contribution and mixes all elements – classic to the genre or new – into such a delicious experience that you simply can’t stop playing the game. Really, writing this review was a real pain because my fingers itch to play myself some Scurvy Scallywags. And no, we don’t have enough stars to properly rate this gem!