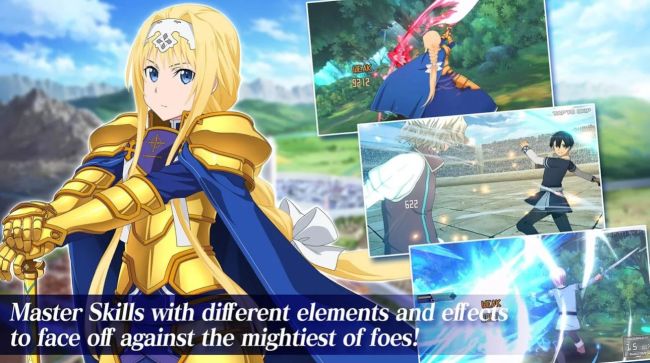 Are you curious about how to get more 4 star characters in Sword Art Online Alicization Rising Steel? Well, you came to the right place, because we are going to tell you everything that you need to know about it!

From covering the gacha methods to how you can obtain more Diamond Cubes and eventually scout all of your favorite heroes, we will go through all of them! So first you should make sure that you check out our SAOARS game guide and battle guide, to learn how to win more battles and see how they work!

So let’s not waste another moment and dive right into the SAO Alicization Rising Steel guide on how to get more 4 star characters!

Do the Release Celebration Scout first

The Release Celebration Scout is the very first scout which you should invest in,because it is going to give you the very first 4 star hero guaranteed for you, if you haven’t got any yet.

Normally the Release Celebration Scout is going to cost 250 Diamond Cubes, but the very first time that you will do it, you will receive 50% off discount, and that is for summoning 11 heroes. It’s super worth it, so I definitely suggest that you play through the stages and save up 125 Diamond Cubes to do it.

Basically there is just one main thing that I did and in just a few minutes of starting the game I managed to already to the Release Celebration Scout – all I did was play through the first few stages quickly and once you are done, head back to the main interface and claim the rewards.

After you have done this, do not waste your remaining Diamond Cubes! You should save them and use them for the event summon once, because there will be events in game which will give you increases chances of getting certain heroes, but more about this below.

For now just make sure that once you start playing, you are shifting your attention towards saving up Diamond Cubes to do this summon. The Release Celebration Scout will last until 13th of December, so if you are reading this after it is no longer available, there will probably be another similar event in its place which will allow players to acquire more 4 star characters!

Save your Diamond Cubes for event scouts

The event scouts (or Pick Up Scouts) are also time limited, and they will have a higher chance to give you the featured characters. If you are trying to obtain a certain hero, then the best thing you could do is to save up as many Diamond Cubes as you can and try to obtain it during the Pick Up Scout which has a higher chance for said hero.

During the Pick Up Scout you can summon 11 characters for 125 Diamond Cubes! This is super important to keep in mind, because it is just like the Release Celebration Scout which gives you a 50% off the very first time you do it. It will also give you a way higher chance to get a 4 star character.

This is yet another way to eventually get more characters. By completing multiple quests and missions (check them out in the quests tab) you will be able to claim certain rewards which will let you scout for new characters.

By completing a lot of quests you will also be able to get tons of rewards, among which not only Diamond Cubes, but also scout tickets. These will let you head on to the “…” menu in the Scout tab and there you will see what summons you can perform with the tickets.

Whenever you complete all 3 missions within a stage you will receive some extra Diamond Cubes, so make sure that you check them out beforehand and try to complete them for all the stages that have such missions. These can only be obtained once per stage, so try to do it whenever you are in need of more Diamond Cubes.

The Guaranteed Tickets Scouts are going to give you certain heroes for using these tickets. There will be some 3 star or higher character guaranteed ticket which you will be able to use fairly early on in the game, so along with that you will have the opportunity to obtain more by meeting certain requirements in game.

I suggest that you check out all of the achievements and tasks that you can complete because the rewards that they give will be different depending on the mission section that you are checking out, so head on to the Menu -> Missions and there you will have the mission tabs at the top and the mission rewards on the bottom.

You can scroll down and check out all the rewards you get from the tasks and then see which ones you can complete quickly to earn more Diamond Cubes and other such rewards.

Pay attention to the in game events

In SAOARS there will be plenty of in game events which can give out different rewards, which will help you gather more heroes. Sometimes the rewards can be better for certain missions, depending on the event, so just make sure that you always pay attention to all the in game events and always try to complete them as best as you can, because in the long run all the items which you will collect are going to help you get more heroes (or gear for them).

These would be all of the Sword Art Online Alicization Rising Steel ways on how to get more 4 star heroes. Do you know some more or have we missed to mention something? Make sure that you share them with us down below! 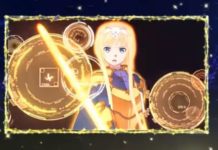 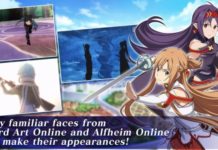 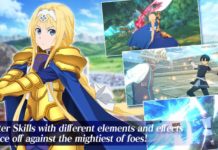