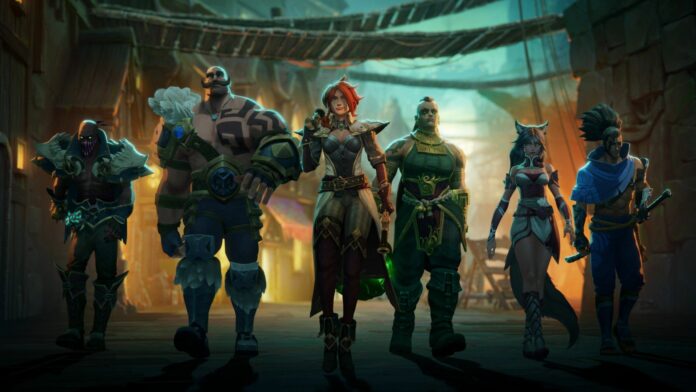 Ruined King: A League of Legends Story is a turn-based RPG set in the League of Legends universe developed by Airship Syndicate. The game will be set in two regions of Runeterra, and it will see players form an unlikely party of heroes to defeat a mysterious enemy.

While a precise release date has yet to be confirmed, we now know that Ruined King: A League of Legends Story will release on Nintendo Switch and other platforms in early 2021. More information on the game is apparently coming next month, so we will see more of it very soon.

The story is set in two regions of Runeterra, Bilgewater, a port town that is home to sea monster hunters, dock gangs, and smugglers from across the known world; and the Shadow Isles, a land cursed with the deadly Black Mist which shrouds the island and corrupts those it comes in contact with. In order to defeat a common and mysterious enemy, players will form an unlikely party of beloved League of Legends champions – Miss Fortune, Illaoi, Braum, Yasuo, Ahri, and Pyke.

Ruined King: A League of Legends Story launches in early 2021 on Nintendo Switch as well as on PC and consoles.