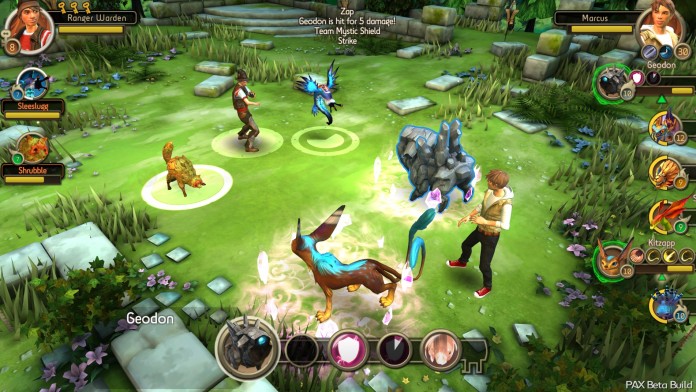 A new role playing game has been announced this morning for iOS devices, a game that will try to appeal to Pokémon fans with some monster collecting, trading and battling.

Moonrise, developed by Undead Labs, is not the first game that tries to make gamers forget that a mobile Pokémon game is probably never going to happen. Still, Moonrise will come with enough new features to be able to stand on his now and not be just another Pokémon game.

Moonrise will sport a large 3D world filled with stuff to do like locations to explore, enemies to battle and defeat, monsters to collect and much more. The game’s battle system promises to be a highly involving one with some real deep strategic elements. Becoming a Warden in the world of Moonrise is going to be an easy task, that’s for sure, with many Solari monsters to capture. One of the most interesting features of Moonrise, alongside the interesting fantasy setting,  is the online mode, which will allow gamers to play online with others all over the world.

Moonrise will be entering open beta later this Fall on iOS. The full release ie expected in early 2015. We will keep you updated on the game’s release date as soon as more news come in on the matter so stay tuned for all the latest updates.

RPG Moonrise Announced, Launching In Early 2015 On The App Store