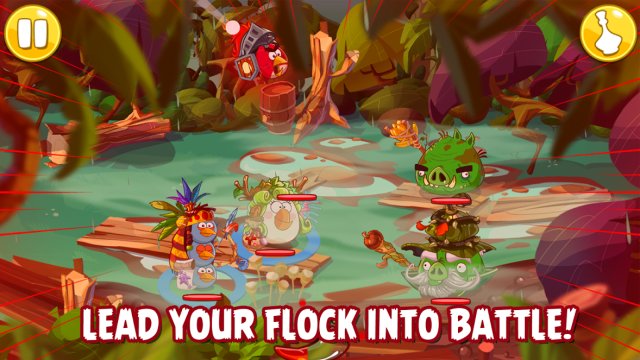 It seems that Rovio are not planning to move towards the female demographic only with the upcoming launch of Angry Birds Stella, but they’re also trying to go for the more hardcore gamers as they have just announced their upcoming game, Angry Birds: Epic, a turn based RPG.

Although a nice one, the announcement still comes as a surprise from Rovio and not many were expecting the Angry Birds franchise to head into this direction. But that’s what we’re getting, with us being invited to lead our flock into battle.

And even though details on the actual gameplay are pretty scarce at the moment, Angry Birds Epic will feature an intensive crafting system, where players will have to create their own weapons, armor and potions (and this is where the IAPs come into play, hopefully not ruining the game).

If you live in Canada or Australia, you will get the chance to play the game earlier than the rest of the world as it will first soft launch in these two countries, but a full, global release date is announced for “later this Spring”. We’re waiting.