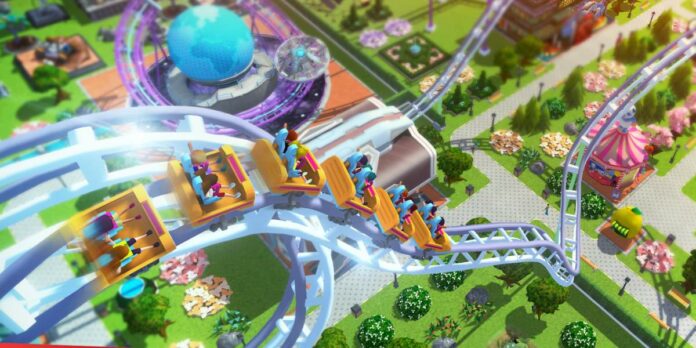 Getting Started with Cards

The basics of RollerCoaster Tycoon Touch involve meeting your Peeps’ needs. The tutorial will run you through the most important parts of the game, including ride and shop placement, satisfying Peeps, and buying and upgrading cards. Cards are integral to your park’s success, as what is a RollerCoaster Tycoon without a rollercoaster?

Everything that you can build in your park is a card, and you can get more cards by opening free card packs given to you every couple of hours. Make sure that you check in at least twice a day to see if you’re able to collect more cards, because the more cards you get, the faster you can expand.

You can also get cards by completing missions. During the tutorial, you’ll be given a set list of missions that require you to complete to advance the tutorial. Completing missions rewards you with coins and cards, and you’ll be needing a lot of coins in the future. Once you complete all the tutorial missions, you’ll get randomly generated timed missions. These timed missions expire after a certain amount of time passes, so make sure to complete them if you’re looking for more cards and experience points.

As you complete the tutorial missions, you’ll earn new card packs. You’re going to get a lot of duplicate cards early on, so you might be tempted to level up your attractions and decorations as soon as you have enough cards. We recommend not doing this because you will run out of coins very fast.

The reason for this is that card upgrades get costly very quickly. For example, a Common rarity decoration upgrades to level 2 for 10,000 coins. The level 3 upgrade costs a whopping 50,000 coins! Upgrading everything you can as soon as you’re able to will cause you to be broke before you know it, and your park progression will come to a screeching halt.

Instead, focus on building more activities, especially early on in the game. Your park will generate more revenue in the long run with more activities down. While upgrading activities will eventually become very important, you don’t have to worry about it so much when you’ve just started building your park.

Related | RollerCoaster Tycoon Touch Coaster Design Guide: How to Get the Most Out of It

Your overall park customer satisfaction can be seen at the top of the screen, and you can tap on it for a more detailed breakdown. Your goal is aim for 100% Peeps satisfaction, as this will make your park reel in the big bucks. We recommend checking it often to see what you can work towards.

Pay attention to your Peeps’ thought bubbles. Peeps’ will occasionally have white bubbles appear over their heads with either blue or red icons in them. Tapping them will reveal exactly they’re thinking, and you can use this info to hone on your weaknesses. Blue icons mean the Peep is happy, while red icons mean they were dissatisfied with something.

Take note if you see a red angry face — this means that the Peeps was so upset with something that they’re leaving the park entirely, causing you to lose out on some money. It’s best to address the complaints as soon as you can to avoid losing any more Peeps. The happier your Peeps are, the more time they’ll spend in your park, and the more coins you’ll end up with.

The main way to gain experience in this game is to complete the timed missions. You will always have three missions on hand, each with its own timer. Don’t worry, as you usually have more than 5 hours to complete each mission.

Mission objectives will vary from mission to mission — some ask you to spend a lot of coins, some might make you upgrade a card, and some might ask you to have a certain amount of Peeps in your park. You’ll want to complete as many of these as you can to level up and unlock new activities.

Once your park is settled in and you’ve got your Peeps mostly happy, it’s time to start adjusting your prices. By default, the game will set all of your prices pretty low. This is good at first because it attracts a lot of Peeps to your park, but you’ll lose out on a lot of coins in the long run.

You can change an activity’s prices by tapping on it, and then tapping on the red tag with the cash symbol on it. A good place to start is bumping up the prices so that the indicator says they’re a “Good Value”. Higher prices will lower fun, but only if you let it get out of control — try not to go past Good Value, as you’ll end up in the “Expensive” territory.

Ultimately, you’ll want to monitor your park’s performance and adjust your prices accordingly. If you’re finding that too many Peeps are leaving quickly, you may want to lower your prices. If you have way too many Peeps and your activities are constantly overcrowded, try raising prices.

Use Lots of Decorations Near Rides

Decorations will provide a boost to any rides that are covered in the highlighted area. These boosts will increase the coins the ride makes, with the higher boosts providing more coins and fun.

Decorations are important early on, especially since you’ll get a lot of free decorations that have substantial boosts. Try to stack your decorations together and build rides around them to cover as many of them as possible.

Also, try to prioritize your higher rarity rides, since those will bring you in the most money. Don’t worry about restaurants, as they gain no benefit from decorations. Decorations become less important once you’re richer and have an established park, but starting out they’ll be a lot of help.

That concludes our guide on RollerCoaster Tycoon Touch! If you have any other tips or tricks to share, let us know in the comments below! 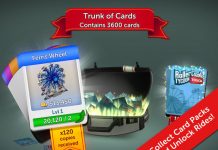 How to Get More Tickets in RollerCoaster Tycoon Touch 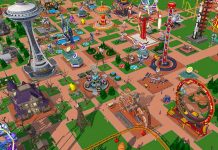 RollerCoaster Tycoon Touch Coaster Design Guide: How to Get the Most Out of It 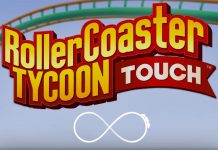