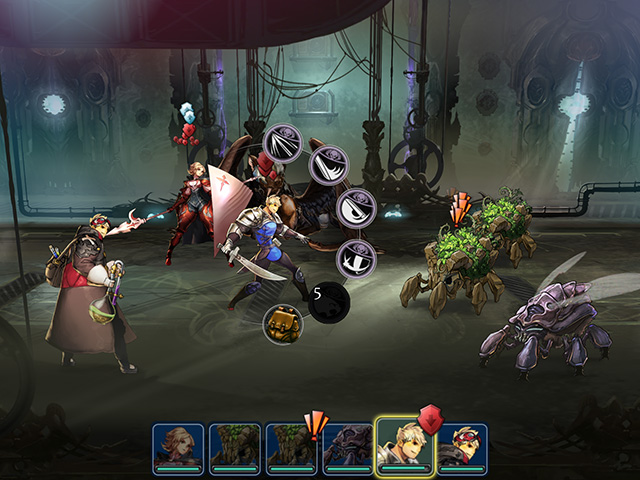 Back in 2014 a very nice looking Japanese role playing game called Zodiac has been announced for iOS devices. The game was revealed as an old school inspired role playing game featuring plenty of beautiful 2D graphics and simple yet engaging gameplay mechanics. The scenario also promised to be quite interesting, written by Kazushige Nojima, who worked on Final Fantasy games and other titles. After quite a long wait, the game has finally been made available on the App Store.

As mentioned above, Zodiac: Orcanon Odyssey is a game that’s heavily inspired by old school classic role playing games. The game stars Cael and the Borderland Patrol as they travel through the lands of Orcanon, explore a variety of locations and fight several different enemies. Zodiac: Orcanon Odyssey features a turn based combat system whuch allows players to approach battle strategically, giving hem plenty of time to use different combat skills. The game is also packed with content, so players will definitely be busy for quite some time.

Zodiac: Orcanon Odyssey is now available for purchase on the App Store for the price of $8.99.