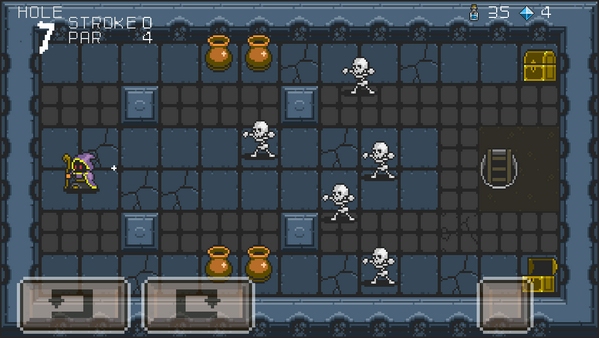 Earlier this year, a really unique role playing game has been announced for iOS devices. Wizard Golf RPG is a mixture between role playing games and golf games that promises to deliver a really funny experience.

Those who are interested in the game and have access to the Canadian App Store will be happy to know that it’s now possible to download the game, as it’s been soft-launched a few hours ago. The game is also available on the New Zealand App Store.

In Wizard Golf RPG, players will take control of a wizard and explore several dungeons, gather items and defeat countless enemies. Moving and attacking enemies is done through golfing mechanics, as the wizard turns himself into a ball with a magic spell to attack and move. While these gameplay mechanics may seem a bit weird, they add quite a bit of depth to the game, as the player has to think hard about their next shot.

Wizard Golf RPG is now available for download on the Canadian and New Zealand App Store. A release date for all regions has yet to be confirmed and we will let you know more about the matter as soon as possible.