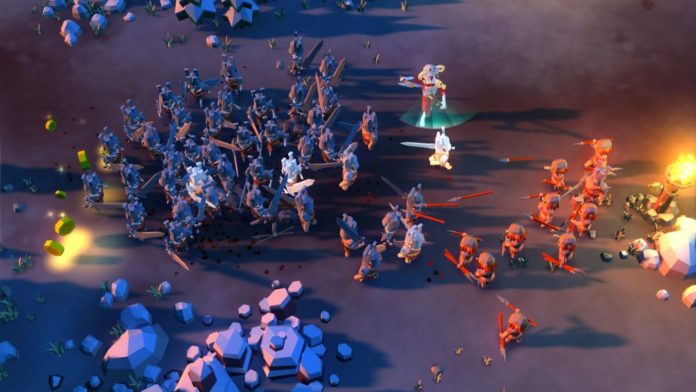 Undead Horde from 10tons has been released not too long on PC and consoles, and the reception has been mostly positive for the unique blend between role-playing game and strategy game. If you didn’t get the chance to play the game yet and would like to do so on the go, you will be happy to know that the game is coming to iOS and Android in the future.

10tons confirmed that Undead Horde is coming to mobile devices through a video showing the game running on a smartphone. You can check out the video below.

Undead Horde is a very interesting game where players take control of a powerful necromancer who has the power to resurrect the dead and make them do his bidding. The necromancer, however, isn’t powerless by himself and can unleash some serious destruction thanks to his weapons.

The best mechanic found in Undead Horde is the ability to resurrect defeated enemies to recruit them into your undead army. The more devastation you unleash, the more powerful you will become.

Undead Horde launches on iOS and Android on a yet to be confirmed release date. The game is now available on Steam as well as on PS4, Xbox One, and Nintendo Switch.