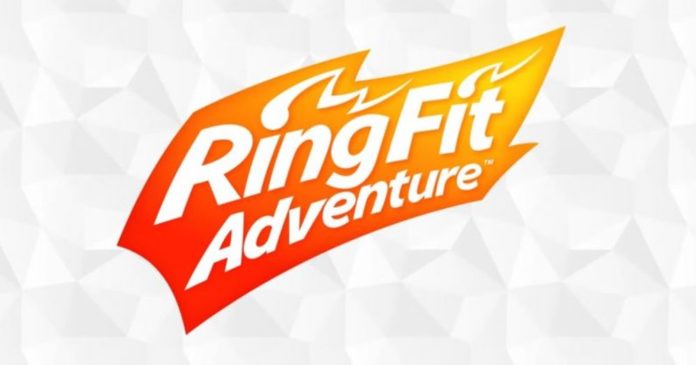 Nintendo has been looking for new ways to let players enjoy video games since the Wii era, releasing games that used unique controllers that allowed players to interact with games in a different and fun way. The Japanese company also tried to bring fitness into video games with the Wii Fit games, which also launched a character that has now become a staple in the Super Smash Bros. series, the Wii Fit trainer.

While it seems like the Wii Fit games will not be coming back anytime soon, Nintendo hasn’t abandoned the idea of making players get some required exercise while playing video games.

Ring Fit Adventure has been announced for Nintendo Switch, with a release coming next month. The game uses the Ring-Con controller as well as the Leg Strap which will detect player’s real-world movements and turn them into the game.

In Ring Fit Adventure, players will explore a big world and fight enemies along the way. The interesting thing is that the whole game will be regulated by fitness exercises. So players will have to jog to move forward, jump to jump in the game and more.

Ring Fit Adventure will also include battles against monsters that will require players to correctly complete fitness exercises. Winning battles allows them to earn XP that is used to level up and unlock additional skills.

A new trailer showcasing Ring Fit Adventure has also been released, and you can check it out below.

Ring Fit Adventure releases on October 18th worldwide. The package will include a copy of the game as well as the Ring-Con controller and the Leg Strap, so you will not need anything else to play the game.