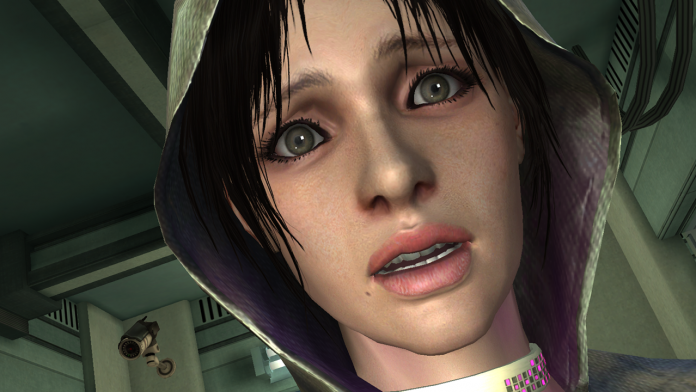 Stealth games are some of the hardest titles to develop due to their complex nature. It’s really hard to make an engaging experience without making some mistakes in the AI behavior or controls.

The fact that Camouflaj was developing a stealth game based on touch controls made me really curious. Initially I though the team was going to force all the features of other stealth games into their Republique but as time went on and more details on the game emerged, it was clear that the team was going to release something incredibly unique, with some mechanics that never before have been found in a game of the genre.

The main thing about Republique (and one of its finest points) is that the team hasn’t tried to replicate regular controls with touch controls but actually built the whole experience on these touch controls, creating something out of the ordinary unique. You will not control the main character, a woman called Hope, directly but you will only tell here where to go to avoid being found out.

The things you will be able to do as Hope’s guide will also expand during the course of the game, making the experience incredibily varied, even though you will only be using tapping for most of the game to perform different actions. This is a really good take on the stealth genre. And it plays in such a smooth way that you will never miss regular controls.

Republique is a game that always keeps you on your toes for a lot of different reasons. While it’s true that the AI follows the same looped patterns, it’s also true that enemies will do everything they can to kill you once you’re discovered. This adds even more reasons to learn to play the game properly and be as stealthy as possible.

Gameplay isn’t the only high point of the game, as both story and presentation are really well done. Republique takes place in a dystopian future, where a totalitarian rule forbids any sort of dissent. Our main character Hope has been imprisoned by this regime, guilty of the same dissent the government is trying to eradicate at all costs. The plot unfolds slowly but steadily, where all the elements found in the game are used to move the story forward as well as establish the world around Hope and shed some light on the unique political situation.

Collectibles found all over the game are also used to add more details to the game’s story. They also serve as a nice diversion to the regular game, as they all have a distinct identity that will make finding them never feel like a chore, like it is for so many collectibles in most recent games.

The gameplay experience of Republique is enhanced by its graphical looks. The game looks really sharp and good and runs very smoothly. The voice acting is also superb and contributes in making the experience really involving.

Republique is a really charming game. Everything in the game oozes personality, something that can hardly be said about many other modern titles. The gameplay experience has been masterfully crafted with touch screen controls as the main focus. Thanks to this, you’ll never feel like the game would have been better with standard controls. The only gripe with the game is that it ends too soon and really leaves you wanting for more.