Home Guides Razer Kishi vs. Backbone One: Which Controller is Better? 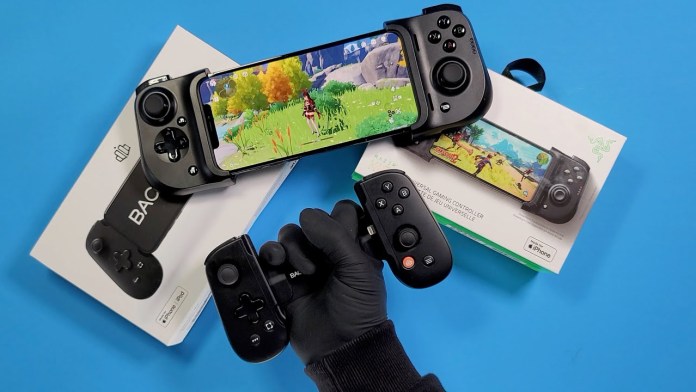 Mobile gaming is becoming incredibly popular these days. Players around the world are starting to play various AAA titles on mobile devices. And so that players can fully enjoy the games, the developers began to add support for controllers. And accessories manufacturers, in turn, began to create competitive controllers for mobile devices. And in this guide, we will tell you which controller is better Razer Kishi or Backbone One.

Razer Kishi vs. Backbone One

If you were looking for the best controller for your mobile device, you definitely found the two most popular ones. And, of course, we are talking about Razer Kishi and Backbone One. They both cost about the same, but there are still a few differences.

Let’s start with the most important. The Backbone One controller is designed for iOS devices only. While the Razer Kishi has Android and iOS versions. Therefore, if you are an Android user, Razer Kishi is the best choice for you.

The shape of both controllers is similar and equally comfortable for gaming. But the layout of the buttons, in our opinion, is more conveniently done in the Razer Kishi, since they are located in the same way as on classic console controllers. On the other hand, the Backbone One has a slightly different button layout and can be a little confusing. Also, Backbone One has an audio jack.

What games support each

And finally, the games that support these controllers. While more and more developers are adding support for both of these popular controllers to games, Backbone One still has a larger game catalog. However, famous games like Diablo Immortal can be played on both controllers.

So, excluding the presence of an audio jack, Razer Kishi and Backbone One are equal. Therefore, choose a controller, depending on your device, and your preferences in button layout. We hope this guide was helpful to you.

Razer Kishi vs. Backbone One: Which Controller is Better?