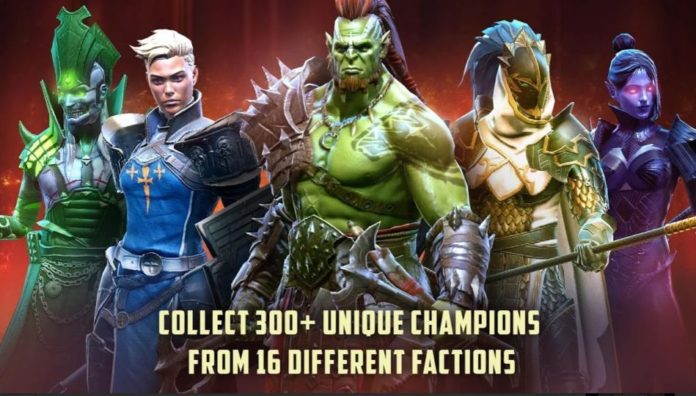 In today’s article we are going to feature the Raid: Shadow Legends best Attackers that you could add to your team. They will be grouped by their rarities, so even if you don’t have a super strong Legendary hero (which is really hard to get) you can still make use of the lower rarity ones.

First things first though: you need to know how to do the summons and do as many as you can. Secondly, you shouldn’t randomly upgrade the heroes that you consider strong just because of their rarity, because in Raid: Shadow Legends even a strong and well itemized Rare hero can beat a Legendary one.

But you came here because you wanted to know our picks for the Raid: Shadow Legends best Attackers, so let’s not waste another second and dive right into it!

There are literally no Common Attackers worth keeping, so we will not get into this at all. All the Common heroes that you get should be used for boosting the higher ones, because on their own they are pretty useless. 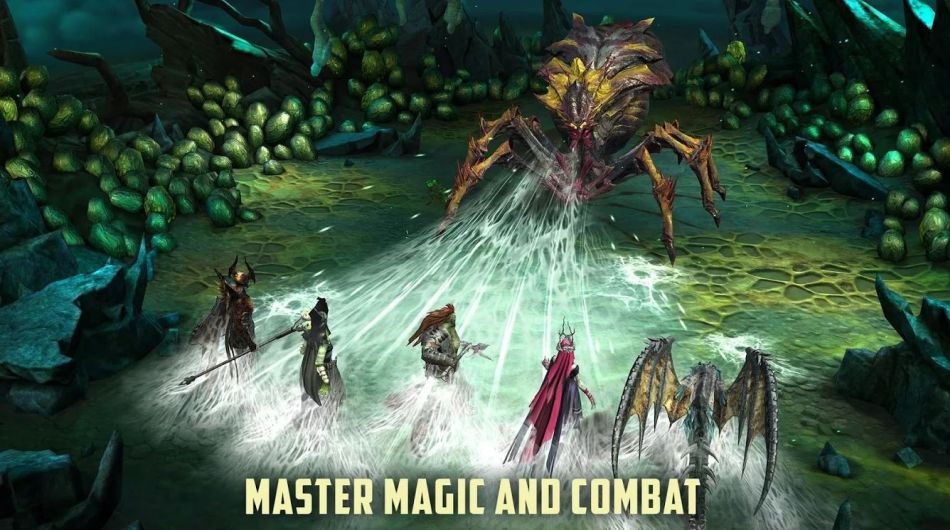 If you were (un)lucky enough to draw only Common ones, don’t be too disappointed though – save them and use them as hero food. (for upgrading)

Just like the Common ones, the Uncommon ones can be just as useless. Slight exceptions would be Incubus and Skinner (for the bosses mostly, because of the buff remover skill), but the others aren’t all that great in my opinion.

I also used Redeemer in the team until I got something better, but haven’t invested much because these Uncommon heroes are easily replaceable by stronger ones.

After you get a couple of decent Rare (or higher) heroes, you can also use the Uncommon ones as hero feed, so I suggest to not invest the Common heroes and super expensive upgrades into them either.

This is where the decent heroes start to appear. The Rare heroes are OK, and some can be really powerful even! The starting heroes are Rare, and the one that you will first pick to add to your team will decide how hard/easy your game will be. 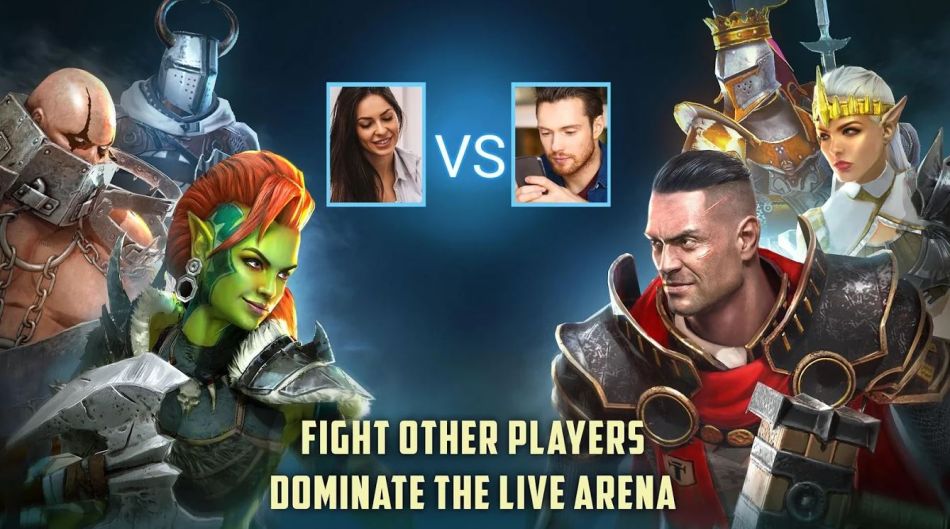 For a full guide and tips on the best starting hero in Raid: Shadow Legends you can check the article that we wrote, but since they are the starting heroes, they will not be added in this list, even if they could be really powerful end-game.

Magus – Strong Aura which increases Ally SPD in the Arena by 15%, Stun skill, Damage Over Time and Self Heal.

Hollow – Very good for Dungeon, as the Aura he has increases the Ally ATK Damage by 21%, Damage Over Time, decreases enemy’s Turn Meter and can ignore enemy DEF.

Skink – Increases ally’s ATK Damage in battles by 30% and can debuff the enemy’s DEF.

Hellfang – Just like Hollow, increases Ally ATK Damage in Dungeons by 21%, can put the enemy’s skills on cooldown, can freeze the enemy and can inflict Weaken.

Heirress – Her Aura increases Ally’s SPD in Dungeons by 16%, but her skills are pretty amazing: her passive lets her attack the enemy when they attack an ally, she removes debuffs and gets extra turns when the enemy dies.

The Epic heroes can be really good, and the best part about this is that you will get one Epic hero for simply logging in to the game (the one you get is Shaman, a Support, so she will not be featured here)!

There are other really cool Attackers you can get though, so if you want to know some of our favorite ones, the ones that we consider the Best Attackers of Epic rarity, then let’s take a look!

Knight-Errant – His Aura will increase the Ally’s DEF in Dungeons by 32% and his skills also let you stun the enemy, weaken them and ignore their Defense. 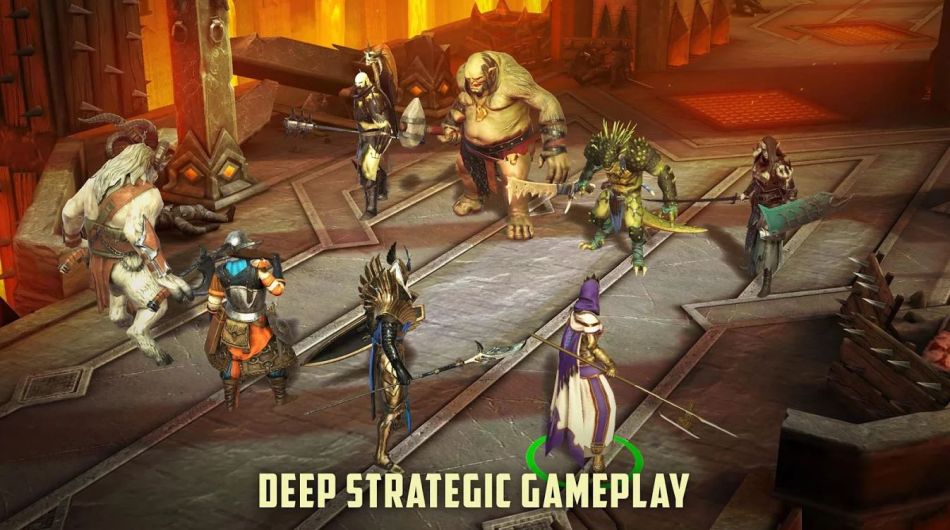 Jinglehunter – Is great for the Arena, as with a Critical Hit gear set his skills will work really well. His Aura buffs the SPD of the Allies in the Arena by 24%, and he can decrease the enemy SPD, Freeze them and decrease their Turn Meter.

Juliana – She works well in the Arena and also outside of it. Her skills fill her Turn Meter, buff her Crit Rate, and if she is on the same team as Romero, her attacks will ignore 50% of the target’s DEF. Oh, and she inflicts Life Burn too!

Kallia – She is super strong in any team, she increases Allies’ Attack by 25%, can place HP Burn and Heal Reductions on enemies. Also, when paired with Atur, she gains really good sustain.

Souldrinker – He can be quite strong as he places Bombs on the enemies, which detonate after some time. He works well with other champions that inflict Poison.

Lua – She is strong for the sustain and works really good with Critical Hit gear set. Her skills can also ignore the target’s Shield and Block Damage buffs, which make her good for the Arena too.

Skullcrown – This champion is one of the strongest ones in game in my opinion, as she can basically revive herself if Sinesha is on the same team as her. She also becomes Unkillable after dropping to below 20% HP, so she is super resilient.

These are the ones that are super difficult to get, so if you happen to run into a good one, hold on to it as best as you can. But the rarity is not all that matters, since if you don’t invest a lot into the hero, then even a Rare one can become really strong.

So here are the ones that we consider the best Legendary Attackers for Raid: Shadow Legends!

Baron – He is one of the most powerful Attackers, but as powerful as he is, he’s also tough to acquire. His Aura increases all Ally’s Attack in battles by 33% (which is a lot), and all of his skills have a chance to trigger a special attack that ignores Shield and Block Damage buffs, which is super strong.

Belanor – He’s a strong High Elf, and he is a great addition to a team that relies heavily on Crit Rate, as his Aura increases it by 24% in all battles. He can also debuff the enemies and Poison them if Zavia is on the same team as him. 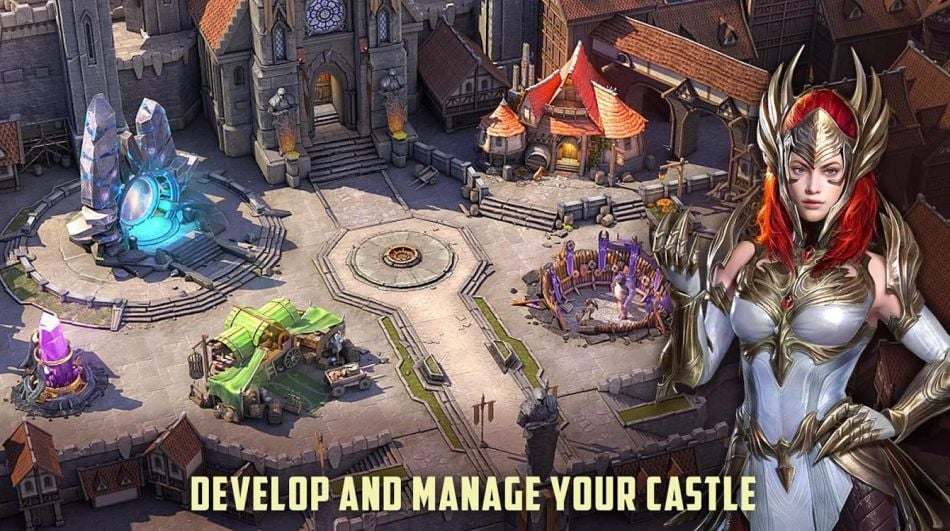 Zavia – She increases the Allies Damage by 33%, and if paired with Belanor the team can become really powerful. Her skills Poison and debuff the enemies, just like Belanor’s.

Abbess – She can be really strong, since versus bosses her Divine Wrath will rely on either her Attack or the enemy’s Attack or DEF, depending on which is higher.

War Mother – If you happen to have a team which relies on placing Bomb debuffs on the enemies, she can work really well with that.

Mortu-Macaab – This beast can be super powerful and support any team as well as inflict damage, as his skills rely a lot on HP and Attack, as well as placing debuffs on the enemy and ignoring Blocks and Shields.

Queen Eva – She can be very good for a team composition that relies on Crit Rate, and also on teams that revive a lot, since her Ancient Curse will not allow enemies killed by it to be revived.

These would be our picks for the Best Attackers in Raid: Shadow Legends! We have grouped them by categories, so even if you get a Rare hero you will know which ones would be worth keeping and which could be used to enhance the other champions.

If you have other suggestions for some good and powerful Attackers, leave a comment down below and tell us which ones you like and why! If you would like to learn more about the game, take a look at our game guide right here to learn how to pass all stages, and be patient, you will get some good heroes eventually! 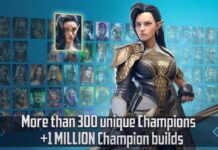 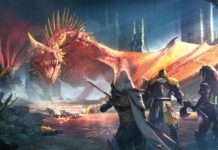