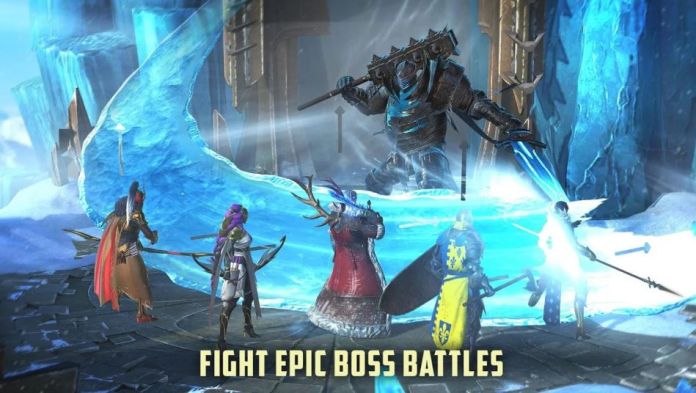 The Raid: Shadow Legends tips and cheats we will share with you in today’s article will help you clear all the stages quickly and very easy, as well as help you get a better understanding of the game and how to properly assemble a team.

So if you like collecting from over 300 heroes and trying out different combos and strategies, then this game will bring you lots of dungeons to try them in! You want a Sacred Shard? We will tell you exactly how to get one (or two)!

If you are curious about all of the Raid: Shadow Legends tips and tricks we have for you, then let’s not waste another second and dive right into it! 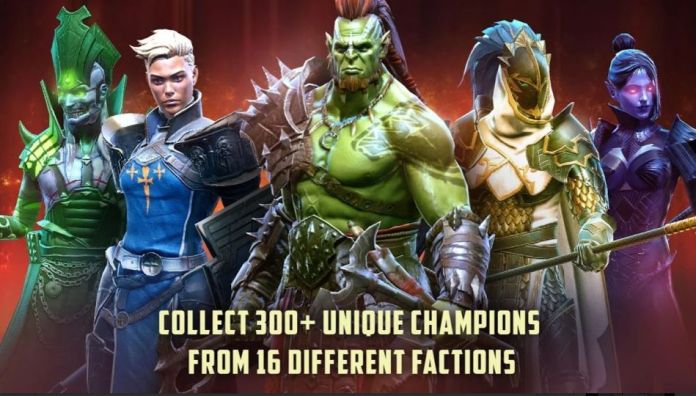 First and most importantly is the starting hero. Since You will have this for (hopefully) the whole game, you will want a strong one which is able to actually be viable later on, with the proper upgrades and gears.

This feature is really important as that is going to be your very first good champion. You can choose between 4 fairly good Rare champions, which are all specialized in Attack and have the same Leader Buff (increase party members’ HP by 15%), so it only differs when it comes to their actual skills.

The starting heroes are Elhain, a High Elf which I really like and consider the strongest among the four at the moment, Kael, the one that is just as strong but has damage over time, Galek, a brute and a defense shredder and debuffer, and Athel, the one that has many self buffs but I don’t really like playing.

There may be many people who prefer exactly the other heroes than the ones I have suggested, but you’ll have to try them for yourself!

Do as many summons as you can

At the very beginning you might get worried that you need to save 100k money to do a Sacred Shard summon, but guess what?! It doesn’t work without the shard! (I later just realized that the 100k doesn’t buy the shard, but rather opens it)

What I suggest that you do is open every single Shard that you get, from rewards or as quest drops. Open them as soon as you receive them, because it costs only 500 Silver to open one, so it’s really cheap!

By opening many Shards you will always have plenty of characters to choose from, so no matter which enemy you will be facing, you will have an element that counters the enemy’s element (unless it’s Purple). 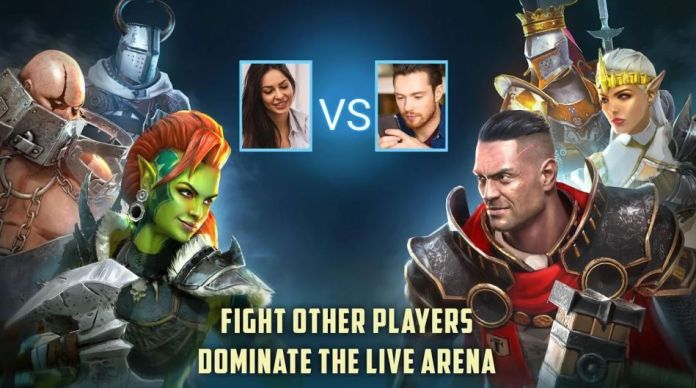 You never know what the summon will give you, so it’s better if you just do them and even if you get bad heroes (the common ones), it’s not a waste because you will be able to use them to level up the strong ones you got!

Level up quickly at start

When you are just starting off, you might be tempted to do so many things because the game is very exciting and has really cool graphics, but unfortunately many of the good features are locked until you level up a little.

I suggest to do the stages as best as you can and as far as you can go. For every 1-2 levels (passed or not) you will get a level, so it’s not hard to level up at start. Definitely try to go as far as you can, and level up fast until you unlock the Dungeons.

Once you unlock the Dungeons, I suggest that you start leveling there by doing and re-doing levels for Summon Shards and other goodies, as well as unlocking Champion Masteries to further make them stronger.

After getting the Dungeons, you will level up faster than you can imagine, so once you get to that point everything will get much stronger, level up fast and you will unlock new instances quicker than by doing the normal Campaign.

After leveling enough to open the Market, it will cost you a bit, but I suggest investing the Gems and Silver you have gathered thus far into opening the next 6 slots. It will cost quite a bit of Silver, and probably all of your Gems (or most of them), but it’s really useful, trust me!

For every unlocked slot you will get a new item that you can purchase for Silver, and they can be anything, from Heroes and Artifacts to Shards. You never know what you’ll get, so the more you have, the more chances to unlock one or more Shards!

The Market will refresh every hour for free, so make sure you check it out every hour! You can also refresh it by force by using 5 Gems, but it’s really not worth it because you might not get what you wanted, so it might go to waste. 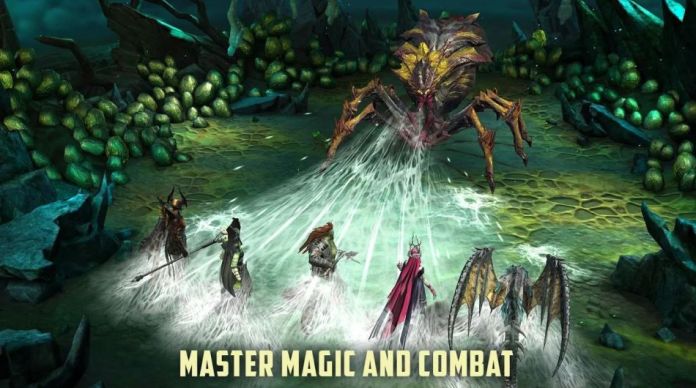 Don’t forget to use the Sparring Pit

In the Sparring Pit you will have only one slot open for free, so it can’t do much at first, but it’s still very useful nonetheless. What this does basically is taking a hero of your choosing and leveling it up.

All you need to do is select the hero that you want passively leveled up, and send it to the Sparring Pit. The game will then take its time to boost it, and you’ll have a hero leveled without having to add it to your party.

This is exceptionally good if you just got a new hero that you would like to use, but not waste a slot in a party. You can do this to level that hero up and I really suggest that you don’t disband the party you have created just to level up the new hero. 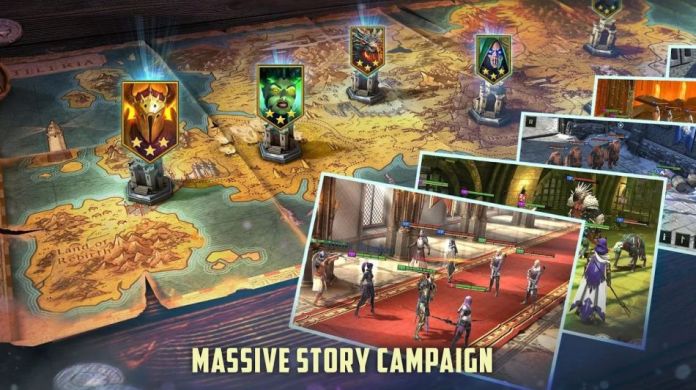 Another way to get a free Sacred Shard is to complete all the 5 Monthly Quests. They are slightly more difficult than the Daily Quests or even Weekly Quests, but the rewards are worth it!

There is a third way of getting a free Sacred Shard, and that is by completing Progress Missions. It is a little more tough to do, but doable nonetheless! You will have to complete 150 Progress Missions, which can be anything from equipping Artifacts, to upgrading them and fighting.

If you are a hardcore leveler, then you need to know that once you reach level 60, you will also get a free Sacred Shard! More motivation now to level up, eh?

Choose the right elements when fighting

Every champion has their own element, and so does the enemy. Some elements have an advantage over others, so if you still don’t understand how this works, I’ll explain everything! 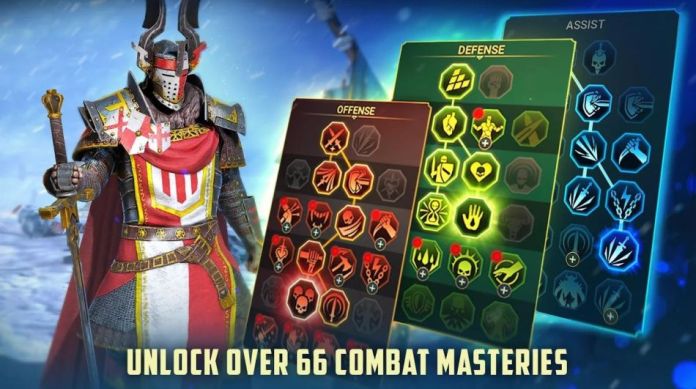 In the bottom left part of every champion (or enemy) icon you will notice an itty bitty tiny icon with a specific color. It can be either Red, Blue, Green or Purple. That represents that hero’s element.

Red is strong against Blue, but weak against Green.

Blue is strong against Green, but weak against Red.

Green is strong against Red, but weak against Blue.

Purple is neutral against any of the Red, Blue, Green.

When you will see the enemy you’re facing, always make sure that you select your strongest hero with element they are weak to in order for your attacks to have a better effect when going against them.

Do the Clan Boss!

What you should do is try to damage it always, little by little, every day, and hope that you clan mates do the same. Since every single day you will receive a Free Key to try and do the Clan Boss, make sure you don’t forget to use it! Any little damage helps! 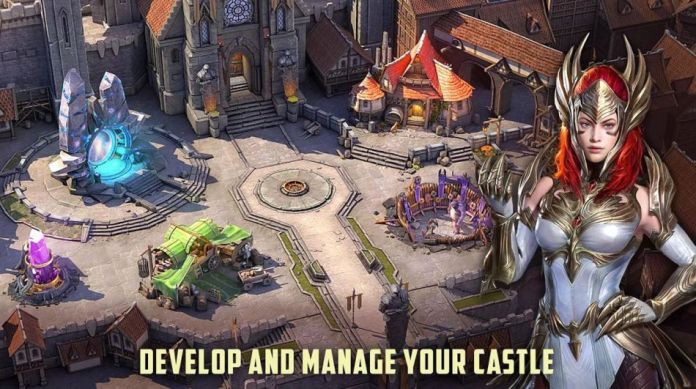 – Get the daily free Mystery Shard! Just like the Ancient Shard, the Mystery Shard is also available in the shop, but every day! Collect this as well.

– Wanna spend real life money? The Sacred Daily Pack is the one that will be the most worth it! It is slightly more expensive, but the cheaper version would be the Starter Pack, but that won’t give you a guaranteed Sacred Shard.

– Don’t exchange Gems for Silver! Ever! You can get Silver super easy by farming the Dungeon or by doing the Campaign, so don’t waste the hard to earn Gems for this.

– Don’t buy the Gem Mine unless you’re swimming in Gems. The Gem production is so slow it’s almost painful! It’s a waste of Gems, and not to mention it will take you 100 days to get back all the Gems you invested into it. Let that sink it for a second… 100 days to get back the investment! 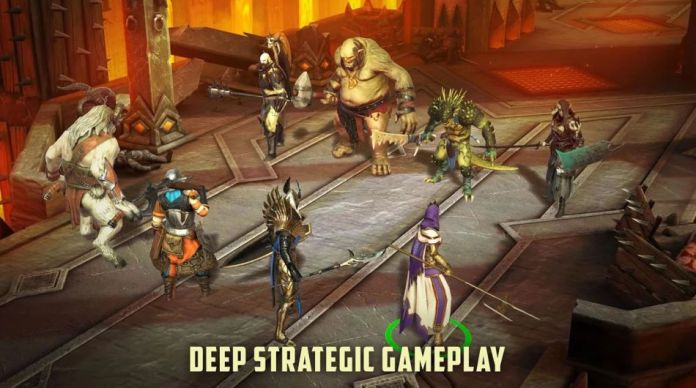 – Want to get 3 star on a Campaign level? Wait until your heroes are stronger and come back with just 2. That’s right, you will need only 2 heroes in a battle in order to get 3 stars.

– Check your heroes’ skills well before forming a team. Some of them are support, some others attack and some HP. Depending on the enemy you’re facing, think about the best composition and before heading into the fight level them up. Also gear them up.

– Use the right type of Artifact set for each class. The Support ones might need Life or Defense set, the Attack ones might need either Offense or Lifesteal. Just take a look at the sets and try to figure out which works best with the hero that you have. Try out different combos!

– For all that is dear, don’t go in the Spider’s Den Dungeon without at least 3 strong AoE characters! Just don’t!

– Replay Campaign or Dungeon levels if you see a drop that you like, be it a new Champion from the Campaign or some useful loot from the Dungeon.

– Don’t forget to put points in the Masteries! And also, always read further down the line, because even if the first point isn’t what you wanted, if it leads to a better node, it’s good.