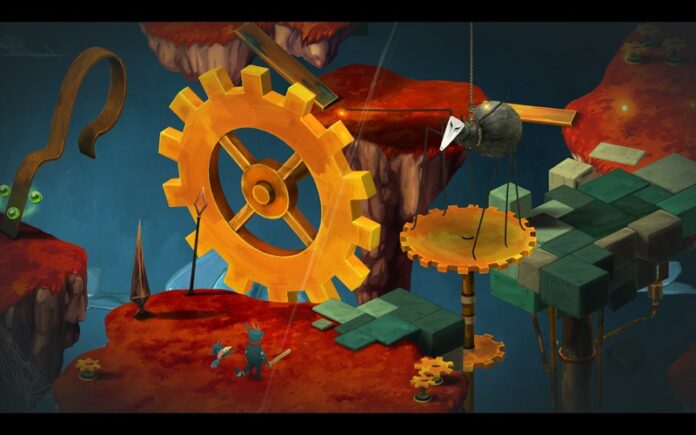 Last year, Bedtime Digital Games released on the Apple App Store Figment: Journey Into The Mind, a very interesting puzzle game with a unique premise and gameplay that also features some platforming and action mechanics.

Since then, the game also released on PC and consoles, but Android players have been left behind, as the game was nowhere to be seen. Up until this week, that is.

Figment finally releases this week, on January 14, on the Google Play Store globally. The game comes with all the features seen in the iOS release, so you won’t be missing anything out if you decide to get the game for your Android device.

Many are the features that make Figment such a great puzzle game. Players will have to solve a variety of puzzles while traversing the depth of a person’s mind that is being plagued by all sorts of nightmares. Puzzles found on the right side of the brain, on the Freedom Isles, require a lateral approach, while those found on the left, the Clockwork Tower, require a more logical approach.

Solving puzzles isn’t the only thing you will be doing in Figment, as you will have to fight tons of enemies and also reach said puzzles in some short yet sweet platforming sequences.

Figment is now available on the App Store. It finally launches on the Google Play Store this week, on January 14.