Home Mobile Gaming News Figment: Journey Into the Mind Is a Surreal Puzzle Game for iOS... 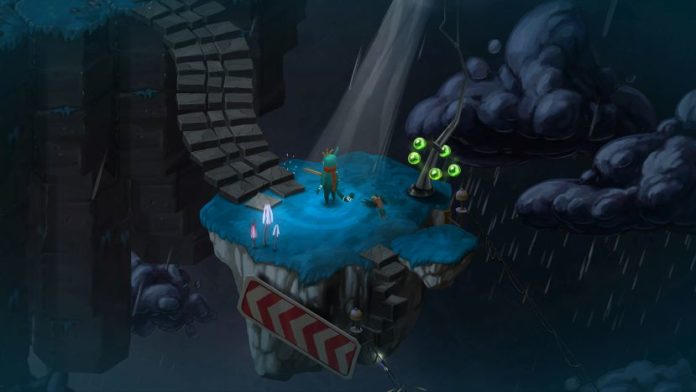 The latest game from Bedtime Digital Games, Figment: Journey Into the Mind is a conceptual puzzle and light action game that’s set in the human mind. It has a beautiful hand-drawn art style that seems very fitting for the setting. It’s available now on Apple devices.

The story starts when the mind, after several years of peace, begins inadvertently creating nightmarish monsters in the world through having terrible thoughts. The only person who can help the mind face these new fears is Dusty, who used to act as the voice of courage for the brain.

He’s accompanied by his avian pal Piper on his journey through two distinct areas that contain puzzles based around how the left and right side of the brain deal with logic and creativity respectively. That means that when you arrive in the Freedom Isles you’ll have to solve puzzles with lateral thinking, whilst a sojourn in the Clockwork Town will require a more logical train of thought.

When you’re not solving these various puzzles you’ll be battling against the living nightmares the mind’s disturbed thoughts conjured up. This takes place through light action gameplay that sees you dodge rolling away from their attacks and swiping them a few times in the face.

You’ll be able to play Figment with an MFI, Xbox One and PS4 controller if you’d prefer. This is a nice addition, particularly since Figment started life as a PC and Console game, so a solid port and controller support means it should hopefully match the experience found on those versions.

If you’re sold on Figment: Journey Into the Mind then you can buy it over on the AppStore for $4.99. If you’re a little more on the fence then you can always try out the first two chapters for free instead before dropping any money on it.