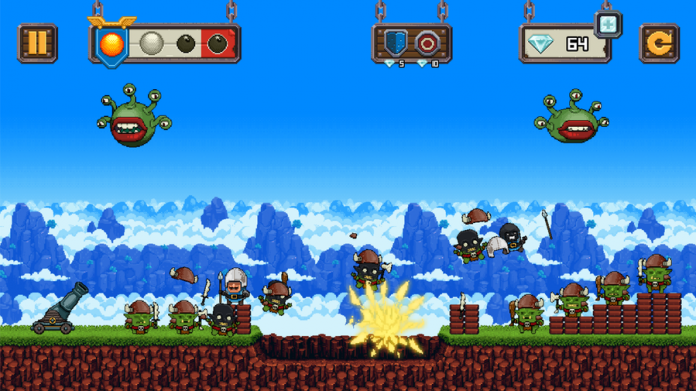 Earlier this month the long anticipated new entry of the Angry Birds series has been made available on the App Store in all regions. Some have been disappointed by the game, not liking some of the new additions and the way too strict free to play mechanics.  If you like the basic Angry Birds gameplay experience but didn’t enjoy the new gaame, you may be able get your fix starting next week with a new title that’s been clearly inspired by Rovio’s popular series.

While Tiny Empires basically features the Angry Birds gameplay experience, there are several features that will make the experience feel different, like the presence of hostage that must not be hit, enemies that can be used to bring even more destruction if shoot down properly, an upgrade system for the cannon and much more.

Tiny Empires will be released next week on the App Store for the price of $2.99.