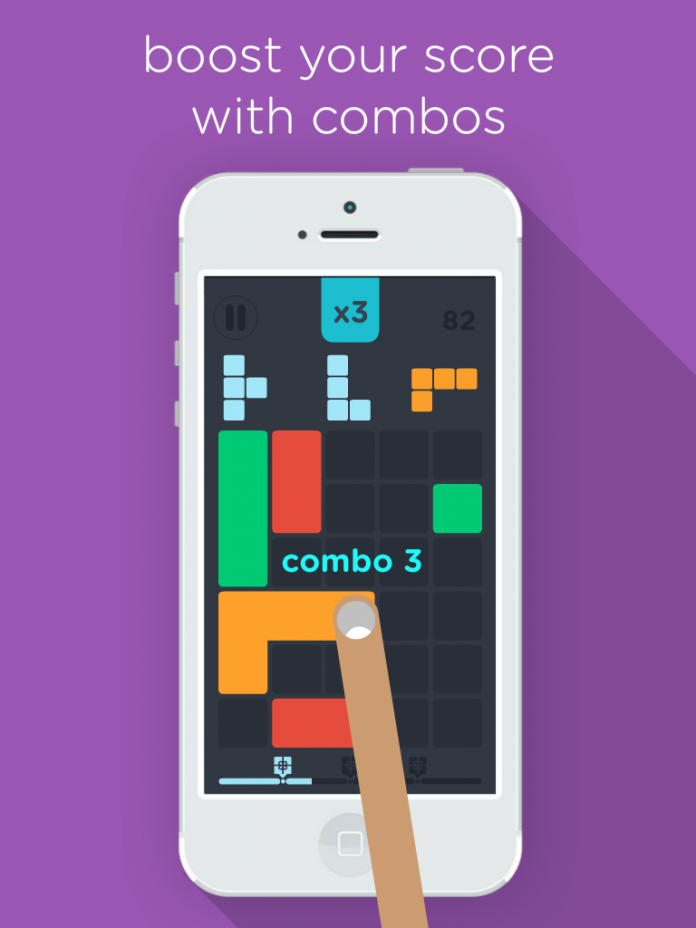 Earlier this month, we have reported that Joinz, an interesting new puzzle game developed by Noodlecake Games, was going to be released soon on the App Store. Today, we finally now when this “soon” is.

The team has confirmed that the puzzle game will be released on the App Store on September 18th. The game’s pricing has also been revealed, and, as expected, Joinz is not going to cost much. For only $1.99 gamers all over the world will be able to experience this nice puzzle game.

Joinz is a unique combination between Tetris and match three games, as not only players will have to make blocks fit just like in Tetris, but also match their color. Failing to do so will make another square appear on screen, making the gameplay experience thougher than your regular Tetris clone.

Luckily, several different power-ups have been included in the game to help players overcome the many challenges included in Joinz. No IAPs are found in the game, too, so you can expect to be able to collect all the power-ups without having to pay for them.

Joinz will be released on the App Store on September 18th.