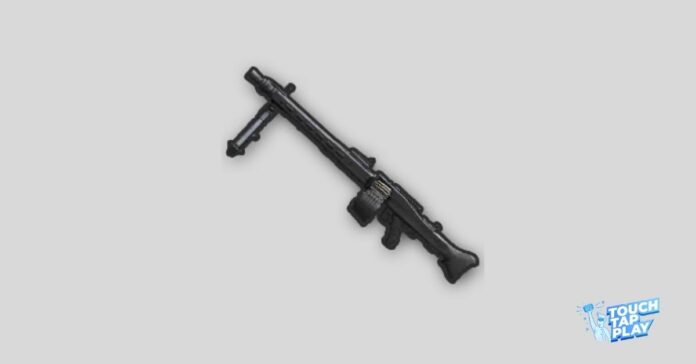 Here’s everything you need to know about the MG3 machine gun in PUBG Mobile. You will learn the stats of the weapon, as well as where it can be found and how to use it correctly. MG3 appeared in the game with the release of Update 1.5.

The MG3 machine gun deals a base damage of 40% health. A headshot guarantees 92 percent damage. However, if the enemy is protected by a level 3 helmet, the damage drops to 41.4. And although the machine gun uses 7.62 calibers, its damage is comparable to the M249 machine gun based on the 5.56 caliber.

However, the MG3 is still much more powerful than the M249. This is largely due to the fact that the MG3 is equipped with two firing modes: 660 and 990 rounds per minute. Both modes allow for fast and efficient shooting. Therefore MG3 does quite a lot of damage per second. It is much easier to eliminate the enemy with the help of such weapons.

How to Use MG3 in PUBG Mobile

The new MG3 light machine gun does not support most of the modifications. However, this does not affect its effectiveness in battle. Sights can be installed to improve shooting accuracy. The machine gun supports a holographic sight, a red dot, and other scopes ranging from a 2-fold to a 6-fold scope.

The MG3 is equipped with a built-in bipod that can be used in a prone position. Below is a list of tips to help you get the most out of your MG3:

Where Can You Find MG3 in PUBG Mobile?

MG3 can only be found inside air cargo. However, please note that the contents of the cargo are randomly determined. Therefore, instead of MG3, there may be other weapons.

RELATED: How to Play In Rozhok in PUBG Mobile

MG3 spawns both inside regular air cargo and inside cargo that can be called with a rocket launcher. To do this, shoot into the sky with the flare gun inside the safe zone.

If the enemy has already picked up MG3, be extremely careful. It is better to eliminate the enemy before he picks up this weapon.

PUBG Mobile MG3 Guide | Where to Find and How to Use