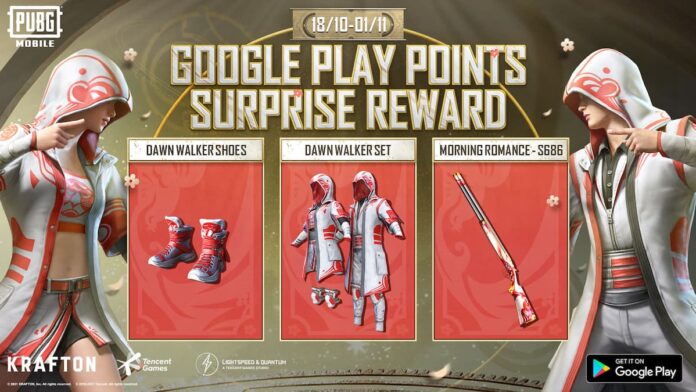 The latest PUBG Mobile development opens up a chance for fans to grab the Dawn Walker Set for free. Players can snag the complimentary reward using Google Play Points they earned via microtransactions.

As stated earlier, the Dawn Walker Set went live on October 18 and will stick around in the in-game store till October 24. Since many players are unfamiliar with Google Play Points, they’re having a hard time redeeming their reward. With that being said, here’s an essential guide to earning Google Play Points.

How to earn Google Play Points?

There is a plentitude of ways to earn Google Play Points. Some of the most common means are by purchasing virtual items or online subscriptions via Google Play Store.

Unfortunately, YouTube purchases will not grant you any Google Play Points. As per Google’s policy, the earned points can be calculated by multiplying the item’s price by the base earn rate for your level. The number of points you’ll earn is rounded up or down to the nearest whole number.

Beyond this, players can also earn Play Points by downloading featured free apps and games.

The cost of the Dawn Walker set is around 9000 AG currency in PUBG Mobile, and it’s a great opportunity that players should not miss.

Stay tuned with us for the latest PUBG Mobile intel and updates.