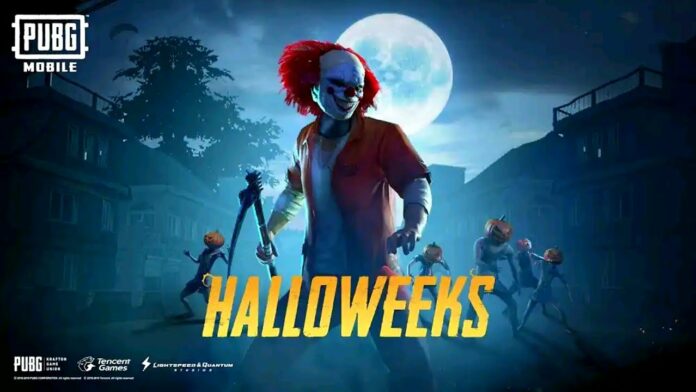 The fun never seems to end in PUBG Mobile, as the developer continues to release new content to its popular battle royale game quite frequently.

This week PUBG Mobile sees not only the return of the fan-favorite Infection Mode, but also the introduction of a brand new play mode called Halloweeks.

In Halloweeks Mode, players will be tasked with clearing four zombie camps that appear on the map. These camps also include creates that will be unlock only after all zombies in a camp are defeated. These crates include some nice rewards for all members of the team, giving players a very good reason to make it out of these encounters with the undead in one piece.

The Halloweeks Mode is spiced up considerably with the introduction of bosses that will make your undead clearing business way more difficult.

This week also sees the introduction of the first ever PUBG Mobile virtual rock band in the game. POWER4 are here to rock your socks off with their debuting single “Nothing’s Getting In Our Way”. Their outfits are also available in-game for your character so that you can show your opponents how the power of rock is absolute!

PUBG Mobile is now available on iOS and Android globally.