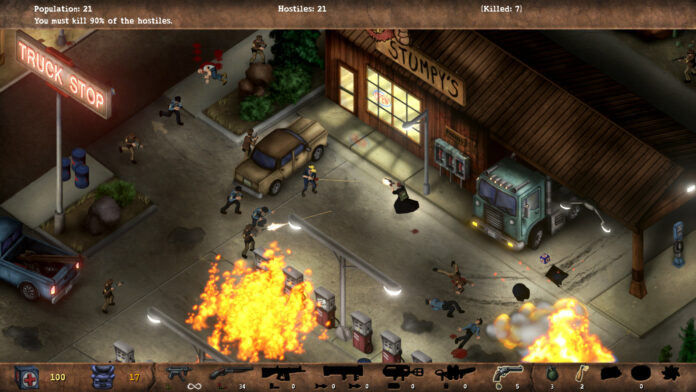 Postal is a name that those who have been playing video games for a while should know, as it is one of the most influential games released in the past 20 or so years. This classic game is now going to be released on Nintendo Switch very soon.

Developer MD Games confirmed that Postal Redux will be released on the Nintendo Switch on October 16th. The game will come with all the features included in the Steam release, with the added benefit of being able to play the game on the go.

Postal Redux isn’t just a simple remaster of the original Postal, as it includes new content alongside the obligatory graphics improvements.

The most interesting addition to the game is Rampage mode, a high-speed, hectic mode that challenges players to set record kill streaks. It is a very different way to play Postal, but enjoyable nonetheless.

A lot more is included in Postal Redux on Nintendo Switch. You can learn more about this new version of the game by watching the trailer below.