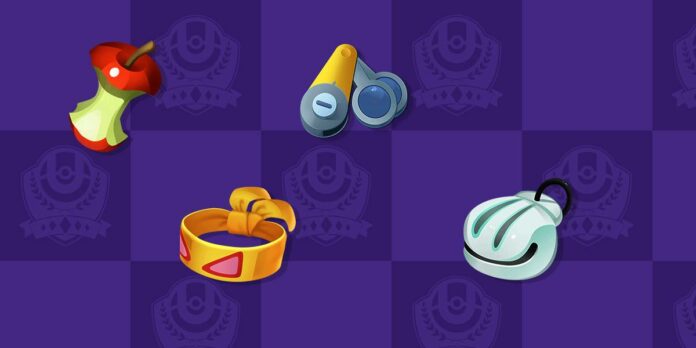 Held Items are an integral part of your combat strategy in Pokémon Unite, the MOBA game set within the Pokémon universe. Held Items grants your Pokémon passive bonuses, and they may even encourage you to play a certain way, but how do you know which ones are worth taking? Today, we’ll show you which held items are the best in our Pokémon Unite held items tier list!

Please keep in mind that — like many tier lists — these reasons can be subjective in some ways, and in the end you should pick whichever items you think are the best. This list was built from data taken from the community, analyzing which items got picked the most among high ranked matches.

The Float Stone is one of the most popular picks because it’s just so versatile. The Float Stone greatly increases your movement speed outside of combat, and it also boosts your basic attack damage and general movement speed as well. It’s perfect for junglers, as you can get around the jungle and beat your opponent to the spawns, and it’s great for all-around movement.

The Scope Lens increases basic attack critical hit damage. This item is a must-have on Pokémon that rely on basic attacks, like Cinderace.

The Shell Bell heals you whenever one of your moves hits an enemy. This healing scales with your Pokémon’s special attack stat, so special attackers will recover lots of HP. Much like the Float Stone, the Shell Bell’s popularity comes from its verastility. Junglers can stay in and farm for longer thanks to the easy HP regen, and attackers can stay in the fight longer.

The Assault Vest grants you a shield that absorbs special attacks when you’re out of combat. It also increases your special defense and max HP. The Assault Vest can make you a little more tanky when engaging the enemy!

The Buddy Barrier shields you and a nearby ally with the lowest HP whenever you use your unite move. This item is crucial for Pokémon that have high-risk unite moves, like ones that require them to be stationary as they do it. The ally shield can also help an ally that is supposed to be diving the enemy team with damage mitigation.

The Focus Band grants you a heal over time when your HP drops to critical levels. It also grants you extra defense and special defense. The Focus Band can come in clutch during really close fights, and it can get you back in the fight faster if you need to retreat.

The Rocky Helmet will damage nearby enemies after you’ve taken a certain amount of damage. It also grants you bonus max HP and defense. The Rocky Helmet can catch enemies off guard if they go all-in on you, and the stat boosts can make you a little more tankier.

The Attack Weight permanently increases your attack whenever you score a goal. The items that rely upon you scoring goals aren’t terrible by any means, but because there’s so much risk involved with them, you’re usually better off just taking items that give you the bonuses right away.

The Special Attack Specs is the special attack version of the Attack Weight. Again, these items aren’t bad, but if you have trouble scoring you’ll never be able to take advantage of the bonuses.

And for that very same reason, the Aeos Cookie is in this tier as well. The Aeos Cookie increases your max HP whenever you score. Take these items at your own risk!

The Score Shield grants you a shield during your scoring charge time. You won’t be interrupted if your shield doesn’t break. This item is an absolute must if you’re taking any of the other three scoring items with you, but that’s two slots you have to dedicate to scoring items.

The Leftovers give you a slow heal over time whenever you’re out of combat. While the healing is nice, it is very slow, and it’s usually better to take the Float Stone or something to run back to a heal zone or grab a berry.

Due to the unpredictable nature of the Exp. Share, we couldn’t place it in any of the tiers. It’s probably the most unique held item of the bunch, so it kind of deserves its own spot.

The Exp. Share is a strange one. This item will give you experience points over time if you’re the lowest level Pokémon on your team, at the cost of preventing you from earning shared experience from nearby allies whenever they defeat jungle Pokémon. This item is extremely situational and should never be taken casually — take into consideration what your plan is for the game and who your teammates are before taking Exp. Share!

That concludes our list of the best held items in Pokémon Unite. What do you think of the list? Do you think a certain item should be higher or lower on the list? Let us know in the comments below!