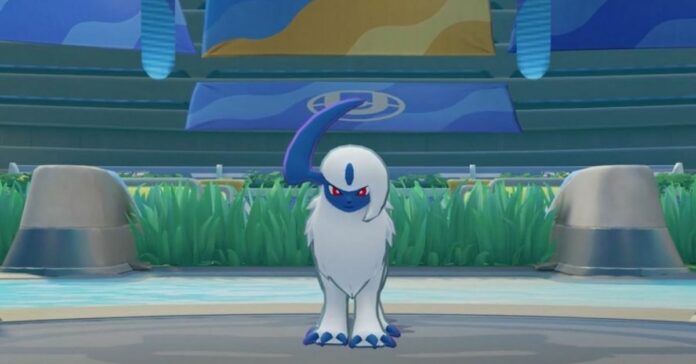 Absol in Pokémon Unite is a Speedster type of Pokémon with an Expert Difficulty to play. It doesn’t evolve and stays in one form. In this guide, we will tell you everything you need to know about this Pokemon.

How to Get Absol in Pokémon Unite

To obtain Absol in Pokémon Unite you will need to buy a Unite License. It costs 10,000 Aeos Coins or 575 Aeos Gems. Once you bought it you will be able to use this character.

At level 5 you will be able to replace Feint with one of two abilities. Both of them will get the upgrade at level 11. These abilities are:

At level 7 you may choose the one of two following Moves. It will be the replacement of Slash. These abilities will be upgraded at level 13.

At level 9 Absol gets its Unite Move. Midnight slash is a very powerful ability. It unleashes a big wave of psychic energy and then strikes with powerful magic blades. It deals a huge amount of damage and shoves opponents.

Absol in Pokémon Unite is a Speedster type of Pokémon. It deals a huge amount of damage with basic attacks and Crits. As Held Items we recommend:

As Battle Item we recommend you Eject Button as it gives you good mobility to escape dangerous situations.

How to Play Absol in Pokémon Unite

Absol in Pokémon Unite is a strong Speedster that prefers to focus on one enemy. It deals tons of damage with critical hits and can decimate most of your opponents in a “one vs one” type of combat. We recommend you to pick Feint at level 1 than Pursuit and Psycho Cut. Concentrate on ganking your enemies and attack the one who got out of comrades’ position and you will bring a free kill to your team. Good luck in your further matches.