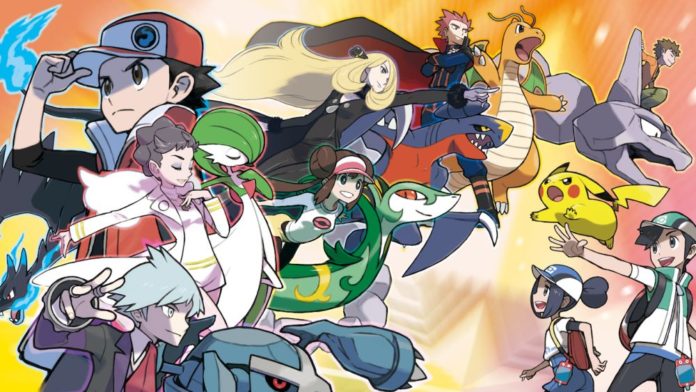 With 65 Sync Pairs available right now in Pokemon Masters, you are definitely wondering which are the best of the best to focus on. You need to level up the trainers and their pokemon, maybe go through the evolution quests and ultimately prepare for creating the best ever team in the game.

Unlike in other mobile RPGs – or even regular ones – things are a bit more nuanced in Pokemon Masters because there are so many elements available in the game and each is strong against another, but weak against a third.

So there is, in all honesty, not one Sync Pair to rule them all, because each pair will be weak against another.

However, there are some that are better than others and that’s what we’re trying to do them in today’s article: rank them all and offer you a tier list for Pokemon Masters, one that will help you better understand which Sync Pairs should you focus on developing and which can be ignored.

Now, things are even more complicated due two different things: the random nature of the game (meaning that you will randomly receive these Sync Pairs throughout your gaming sessions) and the subjective nature of creating a Tier list itself. Yes, these are really difficult to build and rarely will everybody agree with them.

But having some sort of pointers is better than having nothing and going through the game blindly, so here is our Pokemon Masters Tier list (with the mention that soon we’ll publish more specialized lists which will probably prove more useful, based on the roles of the Sync Pairs):

By far one of the best Sync Pairs in the game, made even better by the fact that it’s always offered for free to all players.

You get a 5-star pair with some perfect skills: you have Time to Energize which increases the move gauges of all allied pairs by three, you have offensive and defensive boosts and overall they are really tanky.

I tend to consider massive damage dealers as the best ones to have in your team, and this Sync Pair is by far one of the best in this area. It’s true, the accuracy general decrease might be a problem, but using Olivia’s skill and Lycanroc’s speed and critical boosts, you get a Pokemon blasting machine from this pair. Love them!

This is another ultimate pair, a team that does more than dealing a ton of damage: they start off with great base stats, but also have access to enemy debuffs (like the Snarl that reduces enemy attack and deals AoE damage).

If you play your cards right and pair them with two solid other teams (although they don’t seem to work as well with Olivia & Lycanroc), you can get a super massive Houndoom at mega evolution, one that’s really tough to handle.

Another 5-star pair that makes its way to our list and another of my favorites based on the pure damage factor. This is a really strong team and even though I don’t really like the fact that the Pokemon comes with a normal move and not a special one, it’s still turned into a Water move by Kris’ passive and very solid overall.

Combine this with the X Attack and Pick up the Pace boosts and you get a really strong fighting machine here!

The only pair that’s lower than 5 stars in this top tier. Noland and Pinsir are really strong damage dealers, but you have to focus on using them a lot in battle in order to increase the power of the Fury Cutter.

But combine that with a Mega Evolution, turning the pokemon into a Mega Pinsir and Noland’s skills that boost attack, speed and prevent Pinsir from getting Attack debuffs… and you get a really solid end game damage dealer for long, difficult battles.

A Tier in Pokemon Masters

A very good support pair, one that is really focused on making their teammates better. Great defense too and solid choice of skills, especially for co-op battles if you fancy them.

Really useful if you manage to get them in early game thanks to the No Turning Back move that gives up to +6 Attack and Special Attack to Treecko. The only problem is that all moves cost a lot of energy from the move gauge and this is the reason why they don’t rank higher.

A nice mixture of skills and a Mega Evolution that can be planned to become better if you put enemies to sleep before doing it… all these make Agatha and Gengar a solid choice at any time.

Perfect as a support, filling up the move gauge and healing at the same time, with the only problem being the fact that some of the skills depend on conditions inflicted… and are less useful when these conditions fail to pop up.

Attack pairs are still really strong and this usually overlooked pair really stands out in my opinion – good offensive skills with potential paralyze and low HP countered somewhat by the auto-healing passive. Bonus: You get them for free in the campaign.

They might not be childhood favorites, but they’re really good in my opinion: they heal, they speed things up and overall they’re a more than decent pair.

A really interesting team that makes you want your opponents to start activating as many boosts as possible. Decent overall moves too and the Stored Power skill can really leave a big hole if used properly and under the right conditions.

A perfect blend of damage dealing and stat boosters with a Sync Move that gets better if the target is flinching.

Another great mixture of support and damage dealing. In this case, we’re talking about poisoning attacks and increased critical rates. Yum!

Another solid tech choice, with a magical passive that lowers attack of the opponents, and decent skills and stats otherwise.

Last but not least, we have the final 5-star pair on this list. Not really the best character you can get, but a tank with an interesting special if you manage to build up your defense until it activates.

B Tier in Pokemon Masters

Yourself (main character) and Pikachu

Please have in mind that since the game hasn’t been out for long, this Tier list might not be final. It is what I believe to be correct at the moment of writing it, but getting 10-20 more hours of play time could make me change my mind. But until then, this seems to be OK for starting up to chapter 11 and hopefully above.

I also initially planned on doing a D Tier List because cramming so many Sync Pairs at the bottom seems unfair, and this is what the 2.0 version of the list will include. But the truth is that skills and attributes become fuzzy at that point where it’s difficult to decide which skill does what and who does it better.

In other words, some of these lower ranked trainers and their pokemon will definitely do better than others in the same category, but I’d still go with the ones in the first 2 tiers if I had a choice.

Do let me know if you think that other Sync Pairs in Pokemon Masters should be ranked higher (or lower) and don’t forget to also keep an eye on our game hub, where you will find a lot more articles to help you get better at the game.