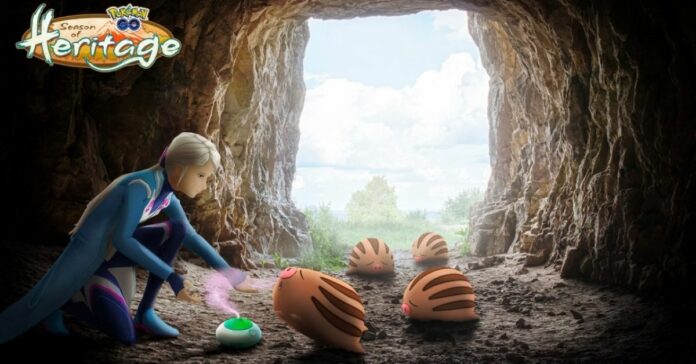 Pokemon Go is an exciting AR game that has long been popular all over the world. In this game, there are many different activities that players can do. For example, Niantic releases special events from time to time. They are called seasons. And in this guide, we will tell you about the upcoming Season of Heritage.

Season of Heritage in Pokemon Go

Niantic released a trailer for the new, fifth in a row Season of Heritage on November 29. From a small teaser, it can be assumed that this season will refer to the upcoming release of Pokémon Legends: Arceus. Most likely, during the event, we will be able to meet Pokémon from the new game. Different Pokémon may be available in different regions.

Also, judging by past seasons, you can expect updated Raids and Eggs. You will be able to catch Mega Pokémon during Mega-raids. There will also likely be an event in the style of last year’s Tour: Kanto. And also depending on which hemisphere you are in, southern or northern, you can find different Pokemon.

RELATED: How to Get More Shinies in Pokemon Go: Tips and Cheats

When The Season Begins

Season of Heritage started on December 1st at 10 am local time, so you don’t have to worry about time zones. The previous seasons lasted three months, so we can assume that the fifth season will be no exception and will end on March 1, 2022. Also, for fulfilling certain conditions of the event, you can get XP boosts and other goodies.

This is all that is known at the moment, do not forget to watch the new season’s trailer on YouTube.

Pokemon Go Season of Heritage Event: Everything You Need to Know