Home Game Guides Pokémon Go: How to take a snapshot of Landorus for Season of... 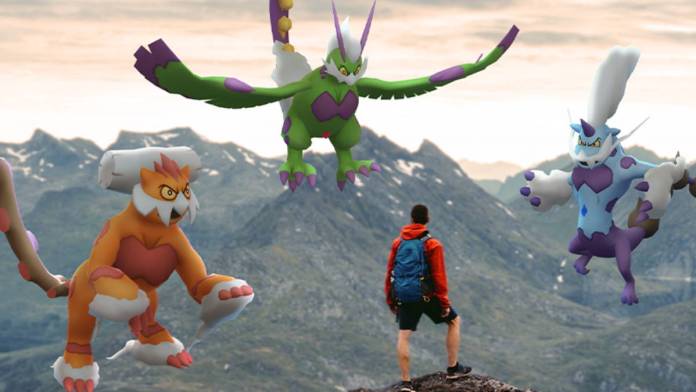 We’re in the thick of the Season of Legends special spring event in Pokémon Go, a legendary-Pokémon focused event. We’ve already covered a number of things about the special research, but one particular step involves taking a picture of a specific legendary Pokémon. We’re here today to show you how to do just that in our Pokémon Go guide on how to take a snapshot of Landorus for Season of Legends special research!

As you can probably guess, you’ll need to catch a Landorus before you can even attempt to take a snapshot of it. Landorus is a powerful raid Pokémon, so that means you’ll only be able to capture him once you defeat him in a raid battle. Be sure to take advantage of the free remote raid passes that Niantic is giving out this month!

As a side note, if you were thinking about outsmarting the system and taking a group photo with another trainer to get credit for the special research, please know that doing so does not count towards the special research requirement. The Landorus you take a snapshot of must be your own.

Once you’ve finally acquired a Landorus, select him from your list of Pokémon and then simply tap on the camera button located at the top right corner of the screen.

You’ll be placed in AR photo mode, where you can place Landorus anywhere in the real world! He’s quite the big guy though so make sure you have enough space. Alternatively, if you can’t move at the moment you can also take a regular snapshot by disabling the AR mode.

And voila – you now have a photo of Landorus, and you should be one step closer to completing the Season of Legends special research!

Pokémon Go: How to take a snapshot of Landorus for Season of Legends special research