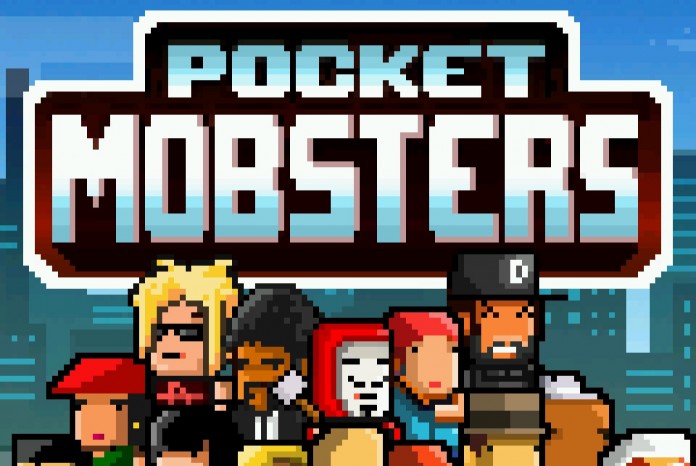 With some smooth jazz music playing in the background, my adventure as a pocket mobster begins: apparently, the Don has chosen me as the rightful future Don, simply because his daughter is too much into this new Hollywood thing. Which is good, because I had no prospects for the future as a low life criminal and being a Don sounds amazing. And this, more or less, how your adventure in Pocket Mobsters begins.

And it begins as a pixelated adventure (because the Mafia is old, you know?) and probably because retro is the new modern. Your goal is to set up a gang of mobsters with funny Mafia nicknames like Ronny Weird Toes, Jimmy Flabby Elbow or Bigsy McSmalls and start earning cash, building up your empire. You only have two ways of doing it right now: by fighting the AI gangs and taking over their businesses and by performing shakedowns aka mafioso minigames. 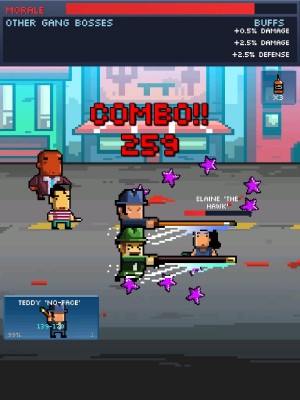 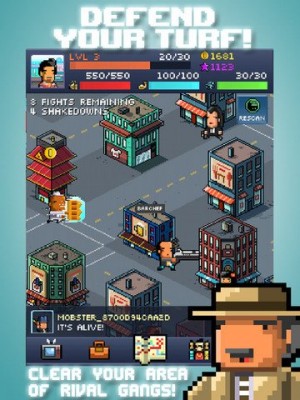 As it probably sounds, even though funny, Pocket Mobsters does not offer a huge deal in terms of variety. The combats are pretty repetitive: you need to spend energy in order to start a fight mission, then you simply select your best performing gang members in a turn based system, hoping that your enemies run out of health before you do. Rinse and repeat, rinse and repeat – this is how you build a true mob empire!

To vary things a bit, you can also perform Shakedowns, which are simple mini games that give you more money: simply tap and hold a little Italian to shake money out of his pockets, making sure that the cops don’t get you. Easy as pie and even after a million Shakedowns, you are still told how to play the minigame. 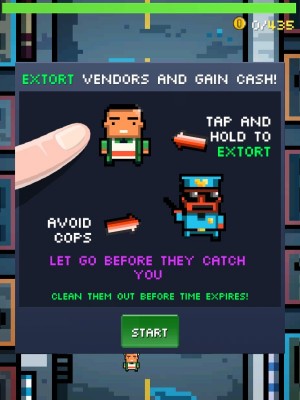 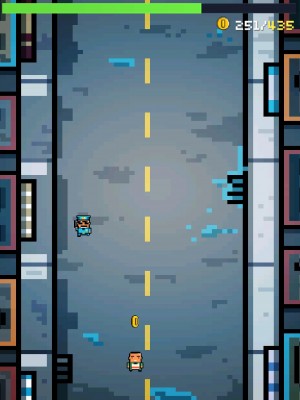 And unfortunately that’s about it with the game. Indeed, you can also join Cartels and work together with other wannabe Dons to build buffs that offer you in-game advantages, but not many details are given on that. Also, I happened to find out that I can trigger some sort of amazing combos in combat (by attacking first with Belt Whip then No Face, in case you are interested), but there’s no info in the game about these combos and if there are others to find.

So even though Pocket Mobsters is a pretty ambitious game with great deals of potential, it still loses the little finger to repetitive gameplay, extremely limited play options and some pretty long load times. Too bad, because it has that old school humor that I really enjoy and, as I said, a pretty solid premise. Well, at least it’s free!