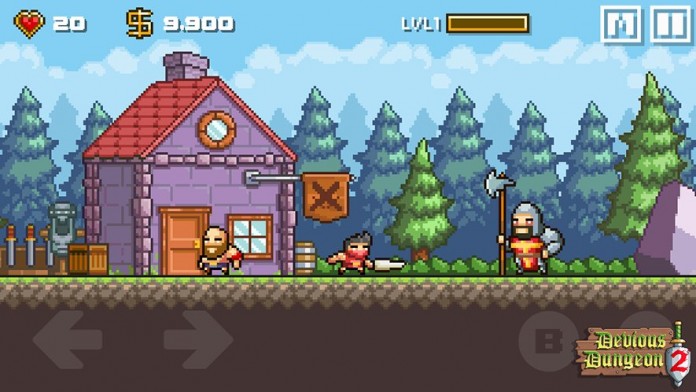 Devious Dungeon 2, the sequel to the platform game developed by Ravenous Games launched last year, is going to be released soon on the App Store. The new entry of the franchise is going to become available tomorrow in all regions.

Devious Dungeon 2 will come with some new features that will make the game much better than the already nice previous game such as the three new classes, Rogue, Mage and Barbarian, which play quite differently from one another, adding some welcome variety, and many other gameplay tweaks. For the rest, the game is going to feature the same engaging gameplay experience of its predecessor, with players having to explore a variety of locations, defeat enemies, collect loot and much more. If you’re a fan of platform games and roguelike titles, Devious Dungeon 2 is a game you really need to play as soon as it becomes available.

Devious Dungeon 2 will be released tomorrow on the App Store. If you’re playing the first game in anticipation of the release of the new one, you may want to check out our own Devious Dungeon Cheats: Tips and Tricks guide to learn some useful tricks that will make the game more enjoyable than before.