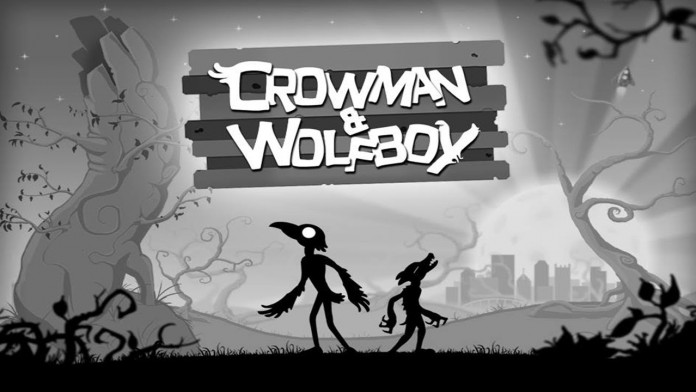 During the course of the years, several games that have been released as premium games have made the move to a free to play model. While most hardcore gamers don’t like it, several people who just play a game for a few minutes prefer free games, as they don’t want to spend money on something that they aren’t going to use much. Among them are some really high quality games that are forced to make this move to at least recoup development costs, like Sonic & All Stars Racing Transformed.

Yet another iOS game that has been originally released as a paid title is now available for download for free. We’re talking about the stylish platform game Crowman and Wolfboy, developed by Wither Studios.

The game has recently received a free version which includes the same engaging gameplay experience of the paid version as well several IAPs and ADs, as pretty much all free to play games.

Gamers downloading the free version of Crowman and Wolfboy will receive six levels for free. The next nine stages are available for $0,99, while the all the stages can be purchased for $1,99. The Infinite Space mode is also included as an IAP, costing $0,99. The full game is available for $2.99 and it includes everything that we have listed above.

Crowman and Wolfboy is now available on the App Store. It’s a really charming game so considering taking a look at it if you enjoy platform games.