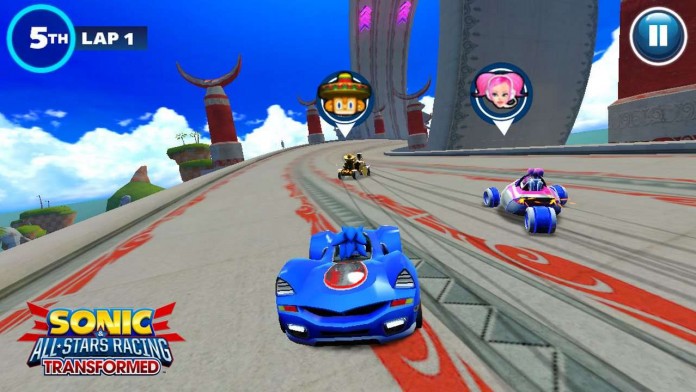 Following the big Sonic The Hedgehog sale which has been held on the App Store the past weekend, SEGA has decided to make a huge change to one of its best titles now available on the App Store, Sonic & All-Stars Racing Transformed.

Sonic & All-Stars Racing Transformed has been released earlier this year on the App Store after being available for consoles for some time. The game launched as a paid title but from now on it will be available for free as a free to play title.

Those who have paid for the game in the previous months were given the VIP Pack IAP for free, giving them a sound advantage during the game. From now on, the pack is only going to be available separately and the game will be displaying some ads during gameplay as a result of the switching to the free to play model. Those who have paid for the game, however, will not be seeing any of them.

Even as a paid title, Sonic & All-Stars Racing Transformed was a really excellent game that received a really good port. The game’s has been slightly altered for the mobile release but it’s still one of the best racing games currently available on iOS devices.

Sonic & All-Stars Racing Transformed is now available for download on the App Store.