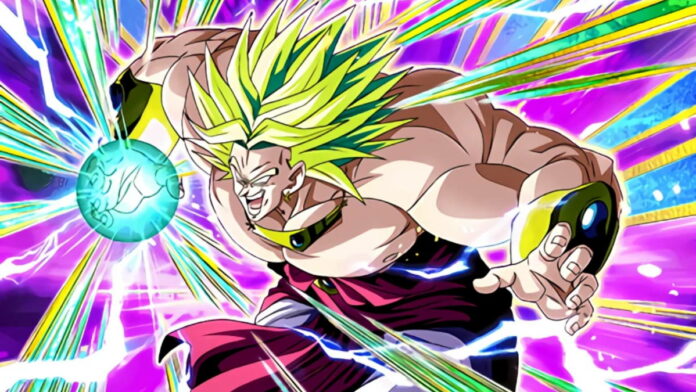 Super Saiyan Broly is an absolute beast, able to take down just about any foe that dares to stand in his path. With naturally high ATK, DEF, and critical chance, with the ability to stack bonus ATK and DEF, he can nuke enemies into oblivion. Though his Active Skill is a bit difficult to activate, his damage goes off the charts once it does. If that wasn’t enough, he becomes stronger when he’s fighting Pure Saiyans and Hybrid Saiyans, which make up a majority of the cast in the game!

A slightly toned-down version of Planetary Destruction Broly, though that isn’t to say that this version of Broly is weak. He still has monstrous stats, allowing him to take on lots of foes with his high ATK and DEF. Like his other version, he’s super effective against Pure Saiyans, Hybrid Saiyans, and Goku’s Family.

Broly sure is taking a lot of spots on this list, huh? Well, he deserves it because this is another extremely powerful version of Broly. He’s got great stats on his own, but he really shines when linked up with any of the other Brolys on this list. He gets stronger Super Attacks against groups of enemies, so make sure to take him through events.

The Power to Protect Gohan (Kid)

Sturdy tank with the ability to stack DEF buffs. He can also stun opponents quite easily, making him a great defender. For an added bonus, he shares the Saiyan Warrior Race and The Saiyan Lineage Links with Broly.

Great unit with all-around stats and no severe weaknesses. He is super effective against all versions of Goku.

Great unit with balanced stats, with the added bonus of being able to heal and stun. As usual though, his Active Skill is unreliable unless you’re fighting a Majin Buu Saga enemy.

Destroyers of the Universe Team Turles

Great unit with balanced stats with a varied skill set, but sometimes struggles with Ki support. If you can maintain his Ki, he can be quite powerful.

Great unit with balanced stats, with an especially powerful Super Attack. His Giant Form is very strong and easy to use, though his link set is rather lacking.

A great form of Frieza with a powerful transformation that gains ATK and DEF buffs that can stack. His healing and stunning are great as well, and all of these abilities are powered up when he’s transformed. The downside is that his Golden Form transformation takes three turns to activate.

Excellent damage dealer and sturdy tank. The catch is that he must be paired with Wicked Bloodline characters to use him at his full power.

Another form of Cooler with excellent stats and, once he’s transformed, can decimate Pure Saiyans and Hybrid Saiyans.

The best supporter in the game at the moment, as long as you can keep your team’s HP up.

A great alternative to Heartless Destruction Buu. He’s got great ATK, and can stun fairly well. He’s lacking any kind of buffs, however.

That concludes our tier list of the Planetary Destruction class in Dragon Ball Z: Dokkan Battle. Think a unit should be in a different tier? Let us know your thoughts in the comments below!