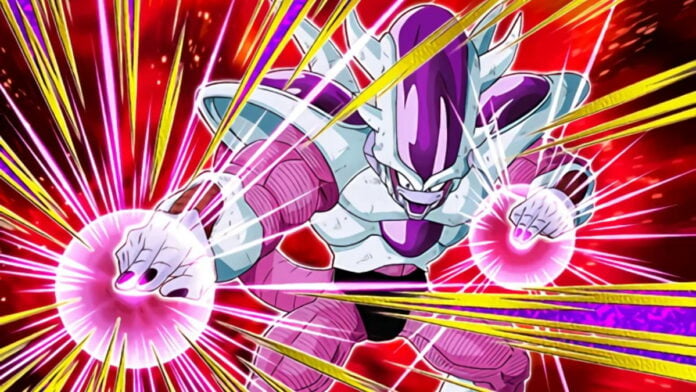 Roar of Resentment Frieza is an absolute powerhouse, able to dominate just about any enemy in the game thanks to his passives that grant bonus stats with each stack. In addition to a great link set, this version is Frieza is super effective against any form of Goku!

Despair Frieza is a great supporter, and he’s able to hold his own. With good defense, great damage, and an even better link set, this Frieza is very strong.

Fantastic all-around unit with balanced stats across the board. The only caveat is that his Active Skill requires him to face off against a Majin Buu Saga enemy in order to activate reliably.

Majin Buu is an absolute powerhouse in this form, with high stats all across the board. He can hit hard, tank well, heal and sustain, and even seal foes. He can also get exponentially stronger as he can stack bonus ATK and DEF. The only drawback is that his Big Bad Bosses Link will only activate once he transforms.

Straightforward unit with fantastic stats. No real downsides other than the fact that he’s lacking the Big Bad Bosses Link.

Powerful form of Frieza that can deal massive damage and lower enemy ATK and DEF. He also gains a natural ATK and DEF buff at the start of the turn, making him quite strong.

As the name implies, this form of Frieza gains stronger when the odds are against him. The lower his HP, the stronger he becomes, making him a glass cannon. He can annihilate opponents, but the slightest breeze will take him out as well.

Straightforward unit with fantastic stats. He’s also able to tank against Goku’s Family units very well thanks to his passive. No real downsides other than the fact that he’s lacking the Big Bad Bosses Link.

A nigh-indestructible tank thanks to a passive 70% damage reduction, so as long as his HP remains above 50%. Shares link sets with other Friezas, but lacks the Big Bad Bosses Link.

Good unit with balanced stats, and gains a huge ATK boost as long as his HP stays up. Great damage dealer but lacks other Links.

A great tank to use against large groups of enemies. Perfect Form Cell gains more DEF the higher is HP is, and his ATK also increases depending on how many enemies there are.

Once again, Heartless Destruction Buu is the best support unit to have as long as you keep your team’s HP up.

A great unit with balanced stats that can act as both a main unit and a supporter with a decent link set.

That concludes our tier list of the Sworn Enemies class in Dragon Ball Z: Dokkan Battle. Think a unit should be in a different tier? Let us know your thoughts in the comments below!