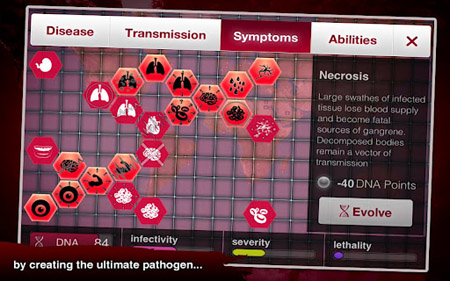 As some might have expected, the new update is a Christmas themed update which introduces a new special scenario. During this new scenario, players will have to bring back the Christmas spirit with some really funny and over the top diseases to a world where nation have cancelled Christmas for good.

The new Plague Inc. update also includes another new Teleportation scenario, where humans have discovered how to move from one country to another instantly.

New features and tweaks have also been introduced by the new update. Plague Inc. now features a new progress screen that keeps track of how much of the game you have completed and some changes to the human AI and to core disease types.

Plague Inc. received another update back this Summer. The update introduced the same disease that affected humans in the Dawn Of The Planet of the Apes movie. The update also allowed players to control apes to spread even more diseases and destruction.