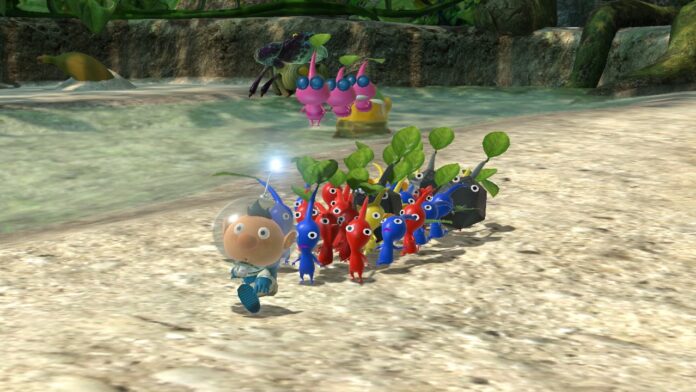 Pikmin 3 Deluxe launched relatively bug-free, which shouldn’t be surprising, considering it is an improved port of a game that’s been released a few years ago. Some issues still managed to sneak in, however, and a new update addresses a few of them.

The Pikmin 3 Deluxe 1.1.0 update has gone live a few hours ago, introducing select bug fixes that should make the experience more enjoyable for all. You can catch the full update notes below.

Fixes the bug where collected fruits were not being recorded under certain conditions.

If the problem was already happening, the collected fruit record will unfortunately not be adjusted. Once the update is downloaded, the bug will be fixed by going back to the date with no fruits recorded and collecting a fruit.

Fixes the bug where acquired Badges got reverted to the unacquired status under certain conditions.

If the problem was already happening, the badges can be acquired by meeting the acquisition condition again.

Pikmin 3 Deluxe includes all the content released for the Wii U version of the game alongside new difficulty modes, new missions, and new quality of life improvements. These additions make the game a worthy purchase even for those who mastered the original release.