Home Guides PES Club Manager: What’s the Best Tactic/Formation to Use In Game? 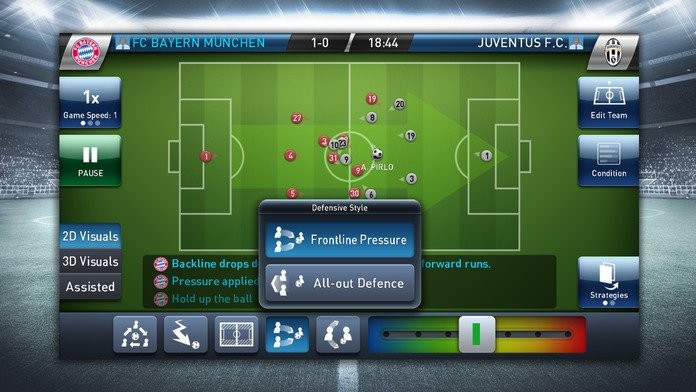 We’ve talked about the great PES Club Manager recently in our tips and tricks article, but there is one thing that we really need to discuss more in depth: what is the best tactic and formation to use in PES Club Manager and how to make sure that you get the most out of it in order to win all the matches that you play.

As I said in the guide I mentioned earlier, the best tactic is exactly the tactic that utilizes your best players to the maximum. In other words, if you have a lot of great strikers in your team, you will want to go for a 4-3-3 or 3-4-3. If, on the contrary, you have a ton more quality players at the back, you should opt for a formation like 5-3-2 or even 5-4-1.

However, have in mind that since PES Club Manager doesn’t bring the simulation to the in-depth levels of other football management sims out there, it’s usually the most offensive tactics that work best in the game – at least that was what happened in my case.

Extremely important to remember is the fact that you can actually build your own formation if the default ones don’t work well. Simply tap the Edit Team tab and drag and drop your players on the field. I would recommend moving all a bit forward, no matter what formation you’re using, to take advantage of the fact that more offensive tactics work better in the game.

However, choosing the right formation is not everything if you want to win all your games in PES Club Manager! You have to worry about 5 other areas, and I will talk about them below:

Attacking Styles: Possession should be used when you are in advantage, otherwise use Counter Attack (it’s simply faster!)

Build Up: I only tried Short Passes with great results.

You also have more Tactical Options available, but they don’t seem to have much of an impact on the game. If you want to, you can try them out and see how it works, especially the Offside Trap.

You can also alter things during the game: I would recommend to start all matches with Two extra points in Attacking and change it back to 1 or even zero as soon as you take the lead (or, better, when you have a 2-goals advantage). After 65-70 minutes I usually switch to a more defensive mentality, and if things don’t really work the way I want, I won’t be afraid to use the all-out attack mentality.

If you managed to find any other trick when it comes to choosing the best formation and tactic in PES Club Manager, let us know by commenting below! 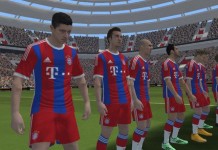 PES Club Manager: How to Get 5 Star Players for Your Team 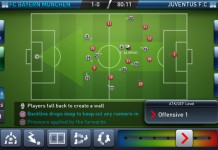