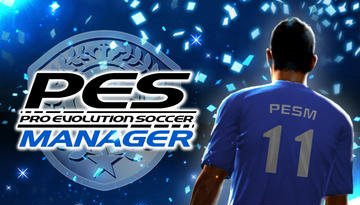 PES Manager has just been launched on iPhone and iPad as a pleasant surprise from Konami who allow us to build up our own teams and rule the world with them. I am here to share with you a set of PES Manager cheats and tips in a complete strategy guide for the game, one that will hopefully help you understand the game better and get the most out of it, including some very rare three star cards.

So let’s not waste any time because the fans are waiting, and let’s check out Touch Tap Play’s PES Manager cheats and tips below!

1. Cheat to get more Energy
If you run out of energy and you really want to play the next match, there’s a simple thing that you can do: simply go to the settings of your device and fast forward time by a couple of hours. Your energy will now be replenished and you can play more matches!

2. Understand the REAL playing positions
The game has a little error in its tips that shares you and says that the RED color indicated the WORST position for a player and the GREEN color indicates the best position. The truth is completely different: you want to place players on the field on their RED color, because that is their best playing position, not the green one. So go there and rebuild your team to start winning some matches!

3. Evolve your player by training
The game is pretty confusing, as at the end of the game you see your players earning experience points. However, that experience is not added to their final level and the only way to level up a player in PES Manager is to train him. In order to do so, you need to go to the player badges menu and select the train option. From there, you can use other player badges (player cards) to train the player you want and level him up. I would suggest to only do it when you have at least 10 cards to spend, otherwise the costs are too great. Training a player with a full 10 card set gives you the maximum XP and you want that! Also, have in mind that the rarer the cards that you use for training, the more XP points you get

4. What players to train
I would suggest to start with your star player (the three star one) and then work on other players in your squad, those that have two stars. Never train one star players because you will eventually get a card to replace them – and you should do that as soon as possible. When choosing players to train, I suggest going first with those who can play multiple positions. This way, if you get a better player on their current position, you can easily change them to something new.

Finally, you will want to split your training to 5 players to start with. I would suggest to train them as follows: 2 offensive players, 2 midfield players, 1 defensive player. It seems right now that its best to focus on offense rather than defense as most of the single player games that you will play have better players in defense. This way, you can easily beat all games.

4. Pick up best quality players from friends
Every time you start a match, you can select from a series of players to boost your squad’s stats. The best thing to do here is to choose category B+ players because those give you the best improvements. Also, I would suggest getting those who boost the skills of your entire team, and not only a part of it. Basically, the more players the boost affects, the better. And try to go with something really useful, like offense or speed.

5. Play the Challenge Matches first
You need a lot of cards first and the easiest way to get them is by playing the Challenge Matches until you get some decent players and improve their levels. Skill Matches are where you want to get eventually, but the opponents there are really strong and winning might not be as easy, so don’t even think trying them out until you have at least 5 players at level 5. Even then, it’s different, but the rewards are worth it! Finally, playing Friendly Matches is a good way of earning extra Friend Points for cards, but only do that as a last resort because the rewards are not really worth it early on. So focus on the Challenge Matches, complete the Academy requirements with them, get cards and train your players. You have to start there, at the bottom!

6. How to get the best players
Getting a great player in the game is not that easy. The real stars are guaranteed if you open a Premium box and you can get access to one pretty early in the game, by stacking up the Energy Balls you will receive from completing the Academy quests and clearing Challenge matches. As soon as you get 5 of those balls, spend them to get a premium player and hope for the best.

Alternately, when opening a regular box, you should aim to hit a blue or red ball. In order to do so, check out the incoming balls and as soon as you see a blue (or, better, red) one appearing to the right, tap the screen. This increases the chances of your player hitting that ball and you getting a better card!

7. What formation to use
Clearly, the best formation that you can use in PES Manager is that which allows you to use your best players. However, if you have a few options to make, go for the most offensive formation. I would recommend a 4-3-3 formation, in my case it was the one that gave me the best results.

8. Make sure you use all your Team Skills
Every three or more star player that you have will give you a team skill. New ones are not automatically used, so make sure you set them. In order to do so, before starting a match, when you select the player that will go with you to the game, you will see on the right side of the screen the “Team Skills” button. Tap it and make sure that your team uses all the boosts it can get (there’s a maximum of three, but there will be some time until you will actually get to become picky).

This would be it for now in terms of PES Manager cheats and tips. If you have other suggestions and strategies that work, let us know by commenting below! 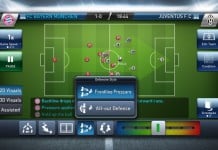 PES Club Manager: What’s the Best Tactic/Formation to Use In Game?