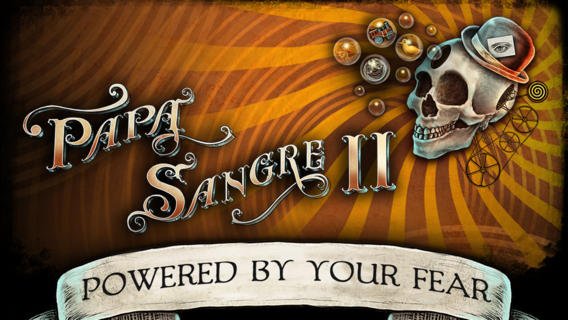 Survival horror is about to get a long overdue wakeup call. Papa Sangre strips the genre back to basics and in the process creates one of the most original and daring games to be seen in a long time, handheld or otherwise. It’s not for everyone, but if you have an open mind and are willing to try something other than the usual puzzle or hidden object games, then you are in for a wild ride.

You are dead. This is the simple and chilling premise behind Papa Sangre, but things are about to get even more unnerving, for this is a game which is told entirely through sound, where your hearing is your most powerful weapon. In this day and age of slick and vibrant graphics, which push the boundaries of photorealism, this might sound unthinkable and may even put off many players, but to do so would be a mistake. This is a story which could be told in no other way.

The game, if it can really be called that, begins with your awakening to the dulcet tones of Sean Bean, your guide through this nightmare. As he explains, you must find fragments of memory to prevent your permanent passing over to the other side. To do so, you must enter the Museum of Memories and steal them from their owners. However, this will not be easy, for they are guarded by traps and monsters and only by shutting out the real world and focussing on the power of sound alone will you return to the land of the living. 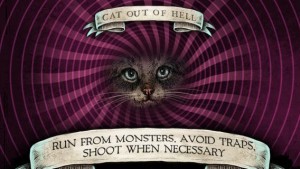 To say much more about Papa Sangre would be to spoil what is a much richer experience if it is entered with only the minimum of foreknowledge. Suffice to say, this should be played alone and in the dark, with your headphones on, the sound cranked up and your imagination dialled up to ten. In fact, the best way to enter the world of Papa Sangre, for reasons which will become clear once you start playing, is with a swivel chair. Without it, you may just find yourself walking around your house, truly believing yourself to be in the Museum of Memories, such is the game’s immersive quality and its ability to blur the boundaries between fantasy and reality.

Papa Sangre really is incredible, original, almost unbearably tense and technically impressive, despite its lack of visuals. It might initially prove frustrating due to its sheer uniqueness, but once you become accustomed to the world and its requirements, and learn to rely solely on your hearing, it becomes an addictive and truly unnerving adventure. Even non-gamers will be impressed by the imagination on display here and for anyone with a love of the macabre, for survival horror, or simply for incredible gaming experiences, this is an absolute must play. Enter the world of Papa Sangre and be prepared to have your nerves shredded and your mind blown.