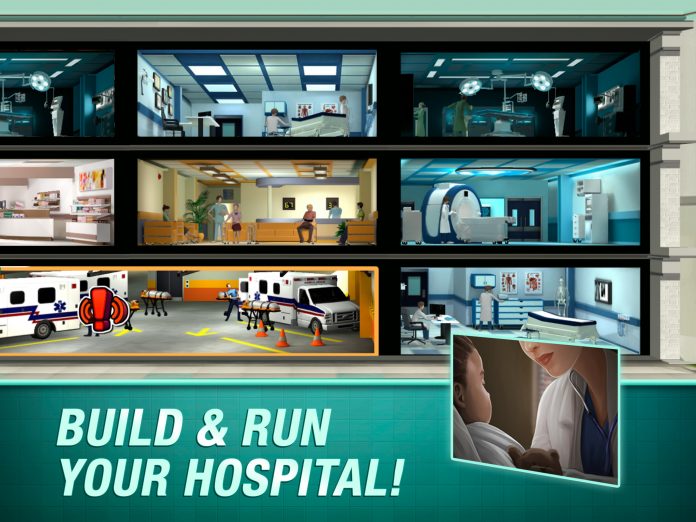 Developer: Gamaga
Publisher: Spil Games
App Store Link / Google Play Link
Synopsis: Operate Now: Hospital, is a drama inspired medical journey, where you experience being a surgeon, building a medical team, and managing a hospital. In this realistic simulation game, your objective is to assemble a highly skilled medical team to perform operations on patients and to put your medical facility at the number one spot in the world. Scrubs and gloves at the ready!

Have you got what it takes to become the world’s best surgeon and hospital manager?

Operate Now: Hospital opens with you – the newly appointed head doctor of a developing hospital – meeting your fellow staff members. You don’t have much time for greetings, because an injured patient arrives soon after. Scrubs and gloves at the ready because you’re immediately thrust into your first operation. You’re thrown into the deep end right off the bat, pacing very similar to an actual medical drama!

Here you’re introduced to the general flow of Operate Now: Hospital. When you’re not managing your hospital, you’ll be operating on numerous patients. Each one will require different tools and procedures. To ease you into the operations, the first one is pretty simple with some light scalpel incisions. If you’re at all familiar with the slightly obscure Nintendo DS and Nintendo Wii series Trauma Center, you’ll know exactly what to expect here. You’re presented with the operation site, along with a list of tools. You’ll need to use the right tool for the situation, because using the wrong one will lower your patient’s vitals and also your overall operation score. If you make too many mistakes and vitals drop to zero, you’ll lose your patient and in turn a lot of reputation for the hospital! 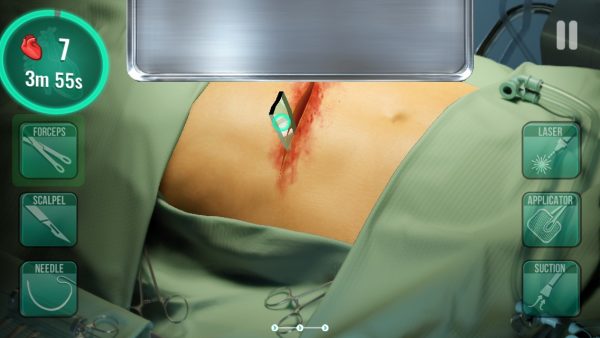 Which brings us to the other half of Operate Now: Hospital, the hospital management parts. The hospital is presented in a grid of empty and facility rooms. As long as facility rooms have staff members stationed in them, they’ll automatically see and treat patients generating cash for the hospital. As you progress through the game, you’ll unlock new facilities for your hospital to utilize, allowing you treat a greater number of patients. To progress through the story, you’ll need to complete all of the given tasks.

Speaking of the story, Operate Now: Hospital actually has a pretty in-depth plot. As you progress through certain parts of the game, you’ll unlock mini episodes for you to watch. They’ll shed some light on the various characters you’ll meet throughout your career, but most importantly how the hospital you’re currently working for came to be. The comic book-style presentation adds a lot of style and character to it, and it’s quite exciting to follow along. 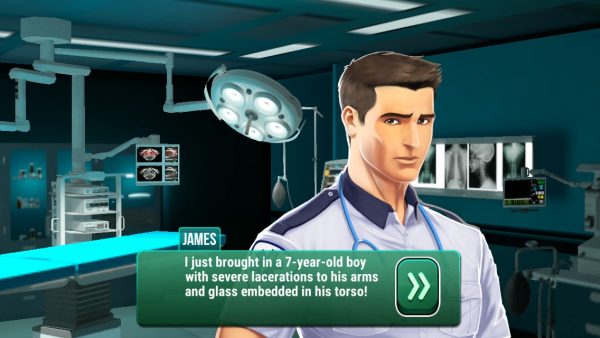 Doctors and staff are hard workers, so you’ll need to take care of them to make sure they’re doing their best. Each staff member in your hospital has set stamina gauges, and as long as they’re posted to a facility, they will constantly lose stamina over time. When their stamina hits zero, they won’t be able to do their job anymore, so you’ll need to keep a close eye on them. It’s an added layer of depth to the constant strategic management, but it also reveals a sore part of the game.

Operate Now: Hospital unfortunately has too much downtime. Like we mentioned the story is unraveled through task completion, but you’ll only have a set amount of tasks at a time. Tasks are divided into three categories: red tasks are operations you’ll need to actively complete, blue tasks are timed tasks that you have to send your staff out to take care of, and green tasks are passive tasks that require you to reach a certain milestone. Tasks are assigned to you in tiers, so you’ll need to complete all of the tasks in a certain tier before you can advance. This leads to some very noticeable “choke points,” where you’ll be waiting on a specific task to finish, or be waiting for enough resources to complete a green task. 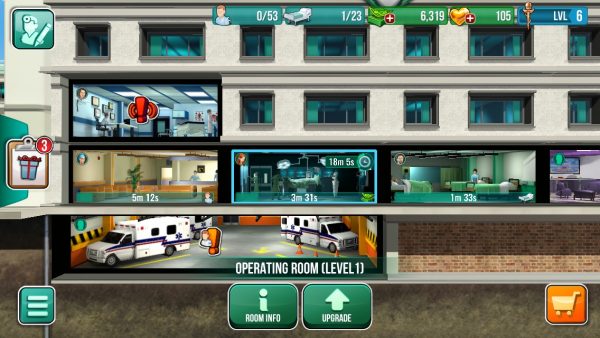 One of the early tiers will ask you to buy one of the recruitment pack that gets you new staff members. You have two options for this – the regular pack which costs 60,000 in-game cash (which is quite a lot that early on) or 120 golden hearts, the premium currency of the game which is handed out in small amount upon completion of certain tasks. You won’t be able to advance until you complete this one way or the other, and for free players things come to a grinding halt at this part.

Most games that have a significant amount of waiting in them usually have a way to keep working towards your goal, but that’s not present in Operate Now: Hospital. Once you hit a wall or timed task and you have no other tasks to complete, you have nothing to do but wait for your facilities to generate cash and switch out tired staff workers. I think a more interesting way to handle this would have been to throw in random operations. It’d also make the whole game feel more organic, because who knows what kinds of patients you’ll get and when?

Other than that, Operate Now: Hospital is a fun and engaging experience. I can’t really think of any other hospital simulator this polished – or any hospital simulator for that matter! For its unique premise alone it’s worth a try if you’re interested in a simulator game like this. The intense operations and medical drama story line straight out of a TV show will keep you hooked! 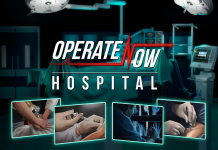