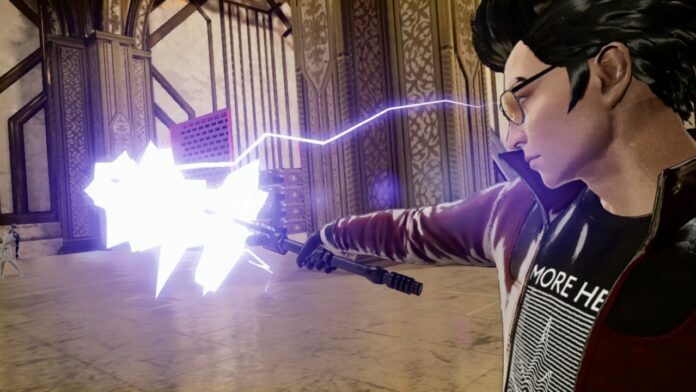 In No More Heroes III, Travis has to fight a lot of dangerous enemies, and he needs all the help he can get to make it out from these confrontations alive. Help that comes in the form of some very special combat modes that are granted by the Slash Reel.

Here’s everything you need to know about these different combat modes granted by the Slash Reel.

During combat, Travis can activate the Slash Reel by killing an enemy or by performing a successful Killer Slash. Once activated, you will have to line up different symbols to activate different combat modes. Among these, the Full Armor Mode and the Full Green Armor Modes are the most powerful, but there are a few additional ones that can be quite helpful even though they are not as strong as these two.

To activate Mustang Mode, you will have to line up three BAR icons on the Slash Reel. In this mode, Travis is able to slash the enemy repeatedly without getting interrupted and without consuming the Katana’s battery. An all-out attack mode that can make quite the difference.

To activate Throw-Crazy Mode, you have to line up three Bell icons on the Slash Reel. In this mode, it is possible to perform Wrestling Moves without having to stun enemies.

To activate Invincible Mode, you have to line up three Star icons on the Slash Reel. This self-explainatory mode grants you invincibility for a short amount of time.

No More Heroes III: How to Defeat FU