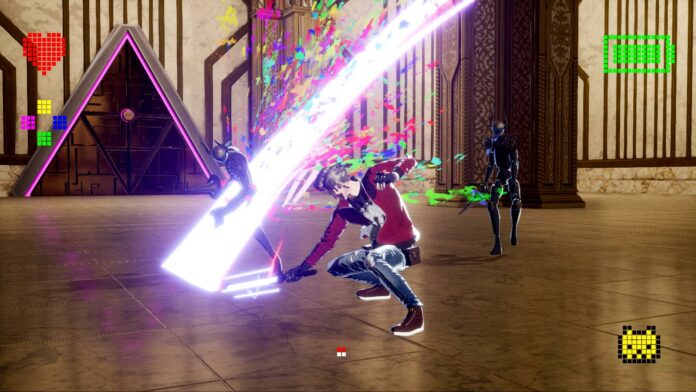 Unlike many other heroes and anti-heroes in video games, Travis Touchdown doesn’t anything a vast arsenal of weapons to take down his enemies in No More Heroes III. His trusty Beam Katana is the only weapon he truly needs.

Unfortunately, there will be times when the Katana’s batteries need to be recharged, and you definitely do not want this to happen while you are about to deliver the final strike to a powerful enemy.

Here’s how to recharge the Beam Katana so that you will never be out of power at the worst possible time.

How to Charge Your Beam Katana in No More Heroes III

Travis’ Beam Katana can be recharged in a few different ways. The most basic method requires you to hold down the R button and then either shake the Joy-Con controller or press the left stick up and down, depending on if you are using motion controls or traditional controls.

The Beam Katana can also be recharged by performing powerful Wrestling moves. To perform them, you need to stun the enemy first by hitting them repeatedly, then press the ZR button and the displayed prompt to perform a move. Once the move has been performed, your Katana will be fully charged.

The final way to restore your Katana’s power is by eating Kappa-maki sushi. Doing this will instantly restore your Power to 100%

How to Charge Your Beam Katana in No More Heroes III