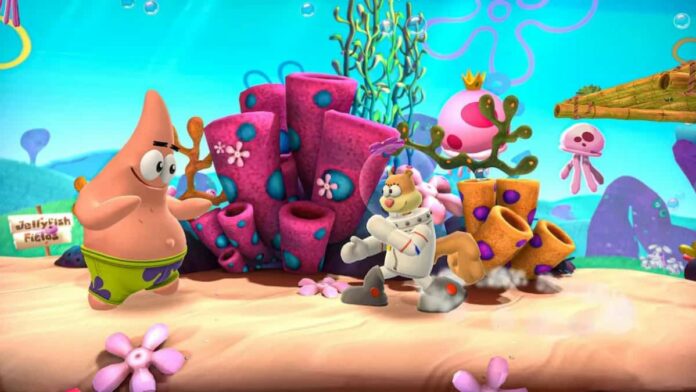 With Nickelodeon All-Star Brawl officially hitting store shelves yesterday, it was a big day for cartoon fans, and some players appear to have gotten a little more than they hoped for.

Dataminers have discovered lots of new references within the game’s code that point to which characters will be released as future DLC for the platform fighter.

It’s not uncommon for developers to include test data for characters during the planning stages when the final roster isn’t finalized, so it’s possible that some or all of these Nicktoons will never fight.

The datamined textures found in All-Star Brawl’s files, on the other hand, are a bit different, and they most likely reveal who the two planned post-launch additions will be.

Dataminers discovered the artwork of Shredder from the Teenage Mutant Ninja Turtles and other reference data under the name ‘cheese.’

Garfield, the hungry, lazy cat, appears to be featured on a stage called ‘orb dream,’ so he may soon be dishing out some lasagna as well.

While these assets and textures are more convincing than the announcer lines, Shredder and Garfield aren’t confirmed either, so we shouldn’t rule them out just yet.

According to the dev team, no official work on the DLC has started yet, and plans can change drastically throughout the life of a project.

We’ll have to wait a little longer to see what Nickelodeon All-Star Brawl’s post-launch DLC looks like, whether these datamines end up becoming complete fighters or not.

Unlike the rest of the datamined characters, Shredder and Garfield have been proven to exist outside of the announcer lines. Additional assets for the characters have been discovered by fans, leading some to believe that these are the ones who will be joining the game soon after launch. The characters listed below have also “leaked,” but they should be taken with a (more prominent) grain of salt:

No doubt, this game is fantastic and offers tons of cool game modes. Don’t be afraid to give it a shot. What are your views about this latest news? Do let us know in the comments section below!