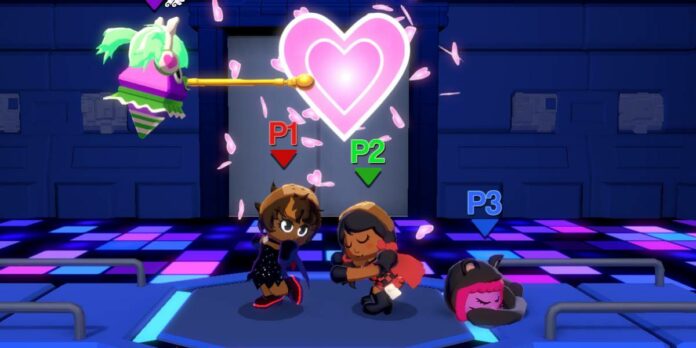 Nickelodeon All-Star Brawl is a new platform fighter that is heavily inspired by Nintendo’s Super Smash Bros series. The game will feature tons of fan favorite Nicktoons, even those from the classic era – we’re talking Ren & Stimpy era! The game is being developed by Ludosity, a Swedish indie game studio.

For those unaware, Ludosity actually tried their hand at making a Super Smash Bros clone before in the form of Slap City, a goofy and fun platform fighter that featured the studio’s original characters, like Ittle Dew and Princess Remedy. Though at first glance the game seemed to be a wacky offshoot of Smash, many fans were surprised to find out that the game was actually really fun and refined.

Slap City at its core was a fast and frantic platform fighter. There were ten playable characters, each with their own unique fighting styles. The fighters themselves had some pretty memorable designs as well, like a bodybuilding fishman that attacks you with his weights!

Related | Nickelodeon All-Star Brawl Has Wavedash: Why is That a Big Deal?

You’ll probably notice several things, like Nickelodeon All-Star Brawl seemingly having the same kind of physics and feel as Slap City did. Characters are a little floaty – which isn’t necessarily a bad thing – and they move around like the Slap City characters did. It seems like a majority of the mechanics are going to be borrowed straight out of Slap City.

Related | Nickelodeon All-Star Brawl Has Rollback – Why is This a Big Deal?

It’s too early to tell if Nickelodeon All-Star Brawl is going to have the rest of the Super Smash Bros and Slap City staples, like a stock lives system and percentage damage, but it’s probably a safe bet. Nickelodeon chose the right studio to develop their platform fighter, as Ludosity has a lot they can borrow from themselves with their previous projects.