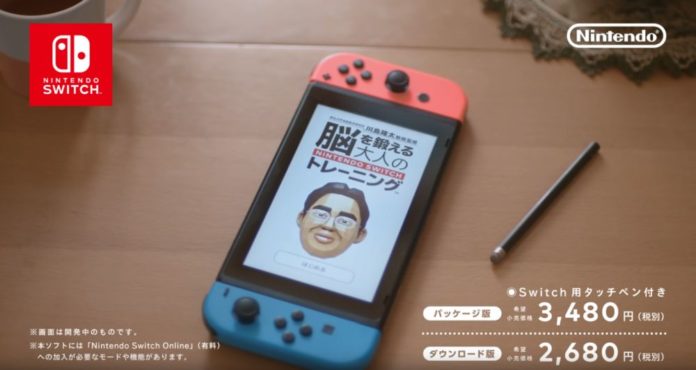 The Brain Age, Brain Training series is one the staples of the DS and 3DS consoles, allowing players to improve in specific real-life skills while having fun. It’s been a good while since a new entry in the series has been released, and it seems like the right time has come for Brain Age to come back in style.

Today, Nintendo announced a brand new Brain Age for Nintendo Switch. The new game, which has only been announced for Japan has of now, will be released on December 27th alongside an official Nintendo Switch Stylus that can be used to play this game as well as any other title that comes with touch-screen controls.

Nintendo confirmed that the new Brain Age will be available at retail, which will also include the Stylus, as well as digitally. The Stylus will also be available for purchase separately.

The new Brain Age game will take advantage of the Nintendo Switch unique feature to offer an engaging experience, like the Joy-Con IR sensor, online competitions, a two players versus mode on the same console and more.

Unfortunately, some of the games included in the new Brain Age will not be compatible with the Nintendo Switch Lite, but it’s not yet clear if this is due to the lack of Joy-Con controllers. If so, purchasing them should remedy the issue.

Two new trailers have also been released, and you can check them out below.