Home Guides NEO: The World Ends With You: How to Defeat Phoenix Cantus 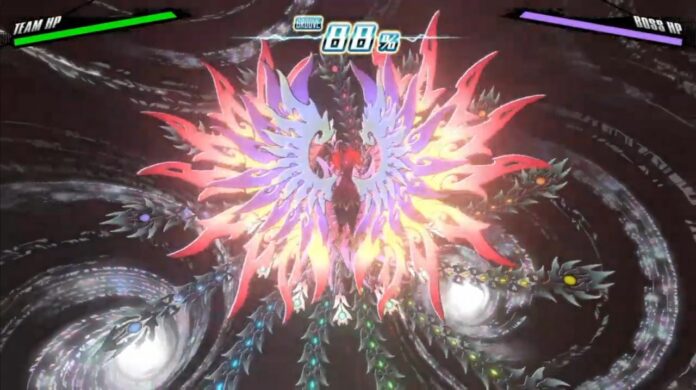 The latest iteration of the Reapers’ Game has been long and difficult, but Rindo and his friends manage to overcome all of the challenges before them during the three weeks of the game in NEO: The World Ends With You and get face to face with Phoenix Cantus, the game’s final boss.

Here’s how to defeat this boss without too many troubles.

Phoenix Cantus is the final boss in NEO: The World Ends With You and, as such, it will require everything you have got to take it down. You will fight Phoenix Cantus on the game’s final day.

How to Defeat Phoenix Cantus

Phoenix Cantus is a difficult boss to take down, and the battle will be long and grueling. As such, we suggest you bring at least one Pin that is capable of healing the party. Getting the Groove gauge high enough to unleash a Killer Remix can be a little difficult, with everything that goes on on-screen, so having a quick and reliable way to heal is extremely important.

To damage Phoenix Cantus, you will have to focus on destroying its tails, which can all unleash different attacks. As some of the attacks can hit your characters both at short and long-range, it’s better to fight from a distance with long-range Pins. This will also allow you to build the Groove gauge with Beatdown combos to unleash the already mentioned Killer Remix attack or Mashups.

Once it has been damaged enough, Phoenix Cantus will revive itself, so be ready for a very long fight. Avoid ranged attacks, get away from the electric discharge, use Sound Surf to build Groove while the boss uses the Rainbow Bow Barrage attack, and you will eventually defeat Phoenix Cantus and save Shibuya for good. Hopefully!

NEO: The World Ends With You: How to Defeat Phoenix Cantus