Home Guides NEO: The World Ends With You: How to Defeat Grus Cantus 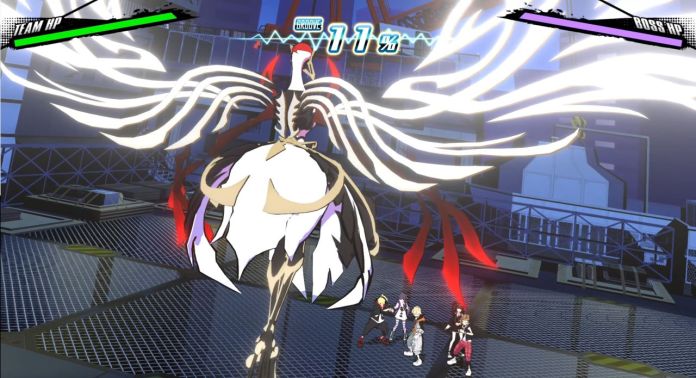 NEO: The World Ends With You’s second week is considerably more challenging than the first one, featuring more intense boss battles that will put your skills to the test.

At the end of the week, you will have to take on the Ruinbringers directly, fighting both Susukichi and Tsugumi. The latter will also show her Noise form, called Grus Cantus, for the first time during the final day of the week.

Here’s how to defeat Grus Cantus without too many troubles.

After fighting against Mr. Mew, the time has come to take on Tsugumi directly. She is a girl of few words, but she packs quite a punch, possibly being stronger than the brute Susukichi. You will fight Tsugumi in her Grus Cantus form on Week 2, Day 7.

How to Defeat Grus Cantus

Grus Cantus can be a very annoying Noise to defeat due to some of her special attacks. The Lasers can be difficult to avoid properly when the light goes out, so make sure to focus only on defense when this happens, as attempting to go after the Noise will result in your characters getting damaged.

Additionally, Grus Cantus will unleash multiple laser attacks on any character that is stuck inside her Orb for too long, so make sure to start attacking the Orb as soon as any character gets trapped: the damage of the subsequent Laser attack is so high that you may have a hard time recovering. You can use Mashup attacks to destroy the Orb as well, so build as much Groove as you can to be ready for anything.

Grus Cantus is weak against Stone, so make sure to bring Pins of this elemental affinity to deal additional damage. Any other Pin that has a fast attack that tracks the enemy is a good one, as Grus Cantus is quite fast and can easily avoid mistimed heavy attacks. Focus on your defense when needed, build Groove to be ready for the Orb, go on the offensive when there’s an opening, and Grus Cantus will soon become history!