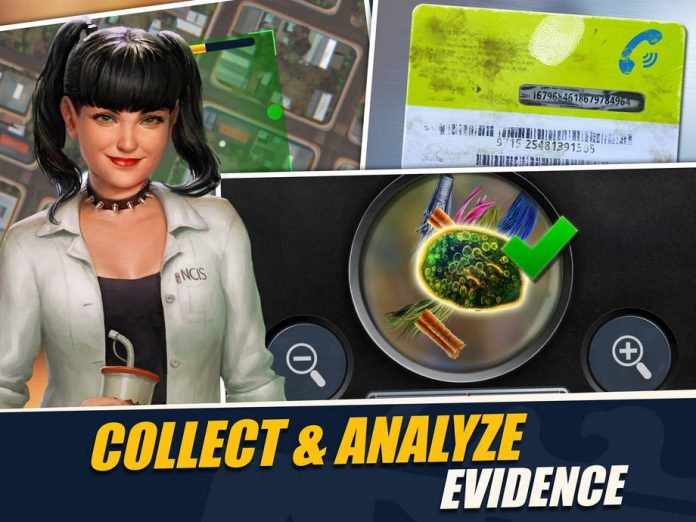 Ubisoft has just launched an amazing hidden object mystery game, NCIS: Hidden Crimes and we’ve been playing it like crazy since day one. It’s also one of our recommended games of the week, so you know you’re in for a treat. But solving cases and scoring tons of points is not always easy, we we’re here to share with you a bunch of NCIS: Hidden Crimes cheats, tips and tricks. Prepare to score more points, get more coins and generally get more out of this game with our complete strategy guide.

So let’s not waste a single second and let’s check out below some NCIS: Hidden Crimes tips and cheats to help you solve all cases fast!

1. It’s all about the money!
You will need a lot of coins when playing the game, so always keep an eye on the Trade menu and complete the sets in order to sell them for some extra coins. It’s actually better to play as many as possible as early as possible in the game because once more scenes are added to the game, it will get a bit more difficult for you since you will have to browse through a ton of possible scenes and remembering the location of all items will be more difficult.

2. Try to replay the scenes as often as possible
In other games, this makes more sense than in NCIS: Hidden Crimes where you rarely have actual reasons to replay a scene unless it’s for a trade item, but even so do your best to play in such a way that you get to replay the same scene as often as possible. The reason for that is pretty simple: the more you play a single scene, the easier it will be for you to remember the locations of all items there and therefore you will score more points and complete the scenes a lot faster.

3. How to score insane amounts of points in each scene
Knowing the scene is definitely a bonus, but it appears that new game modes that you unlock by earning new stars in each scene make it easier for you to score more points since there’s a better starting score to go with. So get to three stars and play the newly unlocked modes to get more points.

Also, the order in which you tap the items is important: unlike other games who give you score bonuses based on your speed of tapping the correct items, NCIS: Hidden Crimes gives you point multipliers on specific items. So always tap on a score multiplier item first, then continue with an item with a score multiplier which will be greater than the first one and so on. This is the key to scoring insane amounts of points in the game.

4. Add friends and bring them with you
Adding Facebook friends helps a lot in the game because you get some energy back from each friend that you bring in with you. The more friends you add, the more energy you get back and the more you play. If you don’t have friends playing the game, you can leave the link to your Facebook account here so that others can add you.

These would be, for now, our tips and tricks for NCIS: Hidden Crimes. Do you have other tips or advice for fellow players? Let us know by commenting below!